One form of psychotherapy stands out in the criminal justice system. 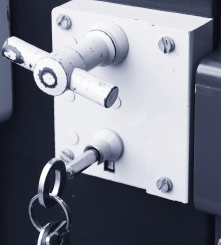 Cognitive behavioral therapy reduces recidivism in both juveniles and adults.

The therapy assumes that most people can become conscious of their own thoughts and behaviors and then make positive changes to them. A person's thoughts are often the result of experience, and behavior is often influenced and prompted by these thoughts. In addition, thoughts may sometimes become distorted and fail to reflect reality accurately.

Cognitive behavioral therapy has been found to be effective with juveniles and adults who have committed an offense; substance abusing and violent individuals; and people on probation, persons who are incarcerated and those on parole. It is effective in various criminal justice settings, both in institutions and in the community, and addresses a host of problems associated with criminal behavior. For instance, in most cognitive behavioral therapy programs, participants improve their social skills, means-ends problem solving, critical reasoning, moral reasoning, cognitive style, self-control, impulse management and self-efficacy.

Recently, Mark Lipsey of Vanderbilt University examined the effectiveness of various approaches to intervention with young people who have committed a crime.[1] His review analyzed the results of 548 studies from 1958 to 2002 that assessed intervention policies, practices and programs.

When he combined and compared the effects of these interventions, he found that those based on punishment and deterrence appeared to increase criminal recidivism. On the other hand, therapeutic approaches based on counseling, skill building and multiple services had the greatest impact in reducing further criminal behavior.

In a different research review, Nana Landenberger and Lipsey showed that programs based on cognitive behavioral therapy are effective with juveniles and adults in various criminal justice settings, including prison, residential, community probation and parole.[2] They examined research studies published from 1965 through 2005 and found 58 that could be included in their review and analysis. The researchers found that cognitive behavioral therapy significantly reduced recidivism even among those deemed to be at high-risk of committing offenses.

Beliefs, attitudes and values affect the way people think and how they view problems. These beliefs can distort the way a person views reality, interacts with other people and experiences everyday life.

Therapy can help a person address and change these unproductive and detrimental beliefs, views and thoughts.[3]

Landenberger and Lipsey found that even high-risk behavior did not reduce the therapy's effectiveness. For example, some of the greatest effects were among those convicted of the most serious offenders. It may be that the therapy's enabling, self-help approach is more effective in engaging typically resistant clients, that it increases their participation and therefore the benefits of participation. The therapy is more effective in reducing further criminal behavior when clients simultaneously receive other support, such as supervision, employment, education and training, and other mental health counseling.

The cognitive behavioral therapy approach has recently been used in many prepackaged, brand name programs, such as "Reasoning and Rehabilitation," "Aggression Replacement Therapy," "Thinking for Change" and others. The National Institute of Corrections recently published a thorough and comprehensive review of cognitive behavioral therapy, which provides detailed descriptions of these and other programs.[4] Interestingly, although the Landenberger and Lipsey review showed these programs were effective, no single program was superior in reducing recidivism.

More research is needed to determine if it would be effective for persons convicted of a crime to receive cognitive behavioral therapy earlier in their criminal careers or as part of early intervention or parenting training programs.

[note 2] Landenberger, N.A., and M. Lipsey, "The Positive Effects of Cognitive-behavioral Programs for Offenders: A Meta-analysis of Factors Associated With Effective Treatment," Journal of Experimental Criminology, 1 (2005): 451-476.