NIJ addresses the challenge of keeping up with an increasing volume of evidence. 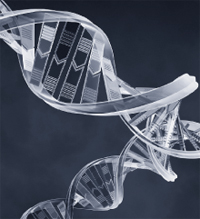 We have all seen the headlines — thousands of untested rape kits have been discovered in law enforcement agencies, and crime laboratories have large backlogs of DNA cases awaiting analysis.

Delays in sending evidence to forensic laboratories and further delays in analysis slow the criminal justice system. In worst-case situations, such delays can contribute to added victimization by serial offenders or imprisonment for people who have not committed a crime.

Why do backlogs persist even after the federal government has spent millions of dollars to address the problem? The backlog picture is complex and requires an understanding of the types of backlogs that exist and the ways crime laboratories work.

What Constitutes a Backlog?

Discussion of and research about backlogs must take into consideration the varying definitions of the term. In addition to delineating length of time, it also is important to identify the type of backlog being referenced. There are two types: (1) casework backlogs and (2) convicted offender and arrestee DNA backlogs.

Casework backlogs. This type of backlog is comprised of forensic evidence collected from crime scenes, victims and suspects in criminal cases and then submitted to a laboratory. Processing this evidence is time-consuming because it must first be screened to determine whether any biological material is present and, if so, what kind of biological material it is. Only then can DNA testing begin. In addition, some samples can be degraded or fragmented or may contain DNA from multiple suspects and victims.

Convicted offender and arrestee DNA backlogs. DNA samples taken from convicted offenders and arrestees pursuant to federal and state laws are significantly easier and faster to analyze than casework samples because they are collected on identical media (usually a paper product). The standardized collection methods in each state allow the laboratory to use automated analysis of many samples at once. Robotic platforms, for example, can process scores of these samples and the appropriate controls at the same time, generally in a 96-sample format. In addition, unlike with forensic casework samples, the laboratory analyst does not need to "find" the DNA amidst the evidence.

Why Do DNA Backlogs Persist?

Consider the data in figure 1, "DNA Casework: Supply, Demand, Backlogs," and the story they tell about crime laboratory backlogs. Each of the three graphs show DNA backlogs at a particular moment in time. While study methodology differed, each graph portrays the same pattern: even though capacity is increasing, the new cases received by DNA laboratories outpace the ability of laboratories to complete the cases — hence, a backlog.

Today's casework backlog consists of recent cases, not older ones; the backlogged cases from 2004, when Congress passed the DNA Initiative legislation, are gone.[1]

The bottom line: Crime laboratories have increased their capacity to work cases significantly, but they are not able to eliminate their backlogs because the demand continues to exceed the increases made in capacity.

Why Is Demand for DNA Testing Increasing?

Demand for DNA testing of forensic cases is rapidly increasing for several reasons:

What Is Being Done About the Backlog?

In 2004, in response to the emerging backlog, Congress passed the DNA Initiative. The legislation had several objectives, among them to reduce the backlog and build up the nation's database of DNA profiles. By 2010, hundreds of millions of dollars had been spent on efforts toward these goals. Both scientific studies and anecdotal reports confirm that federal funding has made a tremendous impact on the backlog. Without the influx of federal support between 2005 and 2008, the backlog problem would be much worse. Crime laboratories would be completely unable to meet the demand for DNA testing.

NIJ's largest funding program is the DNA Backlog Reduction Program, which has provided $330 million in direct grants to accredited public sector DNA laboratories between 2004 and 2009.

According to grant reports submitted to NIJ and surveys of crime laboratories, NIJ's DNA Backlog Reduction Program has helped fund crime laboratories nationwide to reduce backlogs by 135,753 cases. State and local DNA laboratories have significantly increased their capacity to work cases since 2005. Without the federal funds to purchase better equipment and hire additional personnel, many laboratories would not have been able to increase their capacity much beyond the reported 2005 levels.

In addition to casework backlogs, there are backlogs in the processing of DNA collected from convicted offenders and arrested persons and the subsequent uploading of the DNA profiles into the national DNA database, called the Combined DNA Index System, or CODIS.

See "What is CODIS?"

The processes and procedures used in casework DNA testing are very different from those for convicted offenders and arrestees. Thus, the two types of backlogs should be considered and discussed separately to avoid the common mistake of "comparing apples with oranges."

The federal government and all 50 states have laws requiring the collection of DNA samples from individuals convicted of certain crimes. In addition, the federal government and some states have laws concerning the collection of DNA from individuals arrested for certain crimes. DNA profiles from convicted offenders and arrestees are uploaded into CODIS so that law enforcement can compare the DNA gathered from crime scenes against DNA profiles in CODIS. If a match is found, investigators get a lead as to the potential perpetrator of an unsolved crime. Delays in uploading profiles into CODIS could present an opportunity for an offender whose profile is in the system to commit other crimes.

** 2008 data provided to NIJ by applicants to the FY 2009 DNA Backlog Reduction Program.

Figure 2, "Convicted Offender and Arrestee DNA Backlog Data, 2007 and 2008," shows how the number of convicted offender and arrestee DNA samples sent to and processed by crime laboratories increased dramatically between 2007 and 2008. At the beginning of 2008, the backlog of samples was 455,164. By the end of the year, laboratories had completed analysis of 1 million samples but had received 1.3 million samples — hence, a backlog.

Sidebar: What Is CODIS?

The FBI's Combined DNA Index System, known as CODIS, is a software platform that blends forensic science and computer technology.

CODIS has multiple levels where DNA profiles can be stored and searched: the local level (for city and county DNA laboratories), state level and national level.

Data stored at the national level is kept in the National DNA Index System, or NDIS. At this level, an analyst can try to match a DNA profile from a local crime scene sample (also known as a forensic unknown) with an offender's profile from across the nation to solve cases that span states.

Mark Nelson is a senior program manager with the Office of Investigative and Forensic Sciences at NIJ.