NIJ-funded evaluations show that the multidisciplinary model refers more elder abuse cases to the district attorney and the Office of the Public Guardian.
Download and print 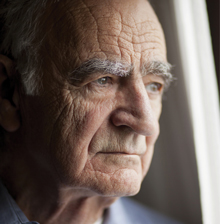 More than 1 in 10 elders (11.4 percent) report experiencing some type of abuse or potential neglect in the previous year, according to an NIJ-funded study. The study participants, all aged 60 years or older, cited instances of potential neglect, financial exploitation, emotional mistreatment, physical abuse and sexual abuse.[1]

Despite its wide prevalence and enormous costs to both individuals and society, however, elder abuse has not been recognized as an urgent social problem. It lags behind child mistreatment and intimate partner violence, for example, in both legislation and preventive and remedial funding.[3]

Elder abuse can take a variety of forms. The National Center on Elder Abuse defines it as "intentional actions that cause harm or create a serious risk of harm (whether or not harm is intended) to a vulnerable elder by a caregiver or other person who stands in a trust relationship to the elder. This includes failure by a caregiver to satisfy the elder's basic needs or protect the elder from harm."[4] Elder abuse can be physical, sexual, financial or emotional, and a single case can have more than one component; for example, a case may involve financial exploitation and neglect.

The result is a complex social problem, difficult to prosecute and perhaps even more difficult to solve through policy changes. Professionals from a variety of sectors — including law enforcement officers, physicians, social services and mental health professionals, and others — may be working on the same case of abuse without knowing of each other's efforts. Even when these groups attempt to work together, they can be stymied by not knowing each other's methods or language.

One proposed solution to this is a team involving professionals from different disciplines who regularly meet to review cases of elder abuse and address system problems that the cases reveal. Examples of such teams include Forensic Centers, Fiduciary Abuse Specialist Teams, Vulnerable Adult Specialist Teams, fatality review teams and elder abuse task forces. These models vary in size, composition and activity, even though they seek to solve similar problems.[5] Their diversity — as well as the lack of rigorous evaluation of the models — may be a barrier to policy solutions and funding.

The Elder Abuse Forensic Center was first implemented in 2003 at the University of California, Irvine, in Orange County.[7] It provided an actual structure, with a full-time staff, that enabled regular meetings between members of the various professional disciplines required to resolve complex elder abuse cases. This helped to bridge the gaps between these disciplines and facilitated their ability to learn each other's language and methodology.

Forensic Center members meet weekly. They typically review two to four new cases, receive case updates and conduct other business. Cases must be referred to the center by professionals within city or county agencies; the majority of new cases are presented by APS (59 percent) and law enforcement agencies (29 percent).[10] The cases include physical or sexual abuse, financial exploitation, isolation, neglect and self-neglect. Often, a case includes more than one of these types of abuse.[11]

Is the Forensic Center Effective?

The NIJ-funded evaluation examined the Forensic Center's effectiveness in increasing the prosecution of cases, promoting safety through conservatorship (where appropriate) and reducing recurrence once a case has been closed.

In the first phase of the evaluation, a team of scientists from the USC Davis School of Gerontology and Azusa Pacific University[12] examined cases that had been referred to the center between April 1, 2007, and December 31, 2009. Using a quasi-experimental study design, they compared the outcomes of these center cases with a group of selected APS cases that had received usual and customary care. The final sample included 296 Forensic Center cases and 296 APS usual care comparison cases.

The researchers further found that cases reviewed at the Forensic Center were significantly more likely to be referred to the Office of the Public Guardian (30.6 percent) than usual care APS cases (5.9 percent). However, the proportion of referred cases that needed conservatorship did not differ significantly between the Forensic Center (52.9 percent) and the APS cases (41.7 percent).

But Is It Cost-Effective?

NIJ funded a second team of scientists, which included some of the evaluators from phase I, to examine the cost-effectiveness of the Forensic Center. Using a quasi-experimental design, the researchers compared the estimated average costs of pursuing a case at the Forensic Center with the estimated average costs of a case in the usual care APS system.[13] They found that cases heard by the Forensic Center took longer on average (just over 10 hours, ranging from 3 to 39 hours) than usual care APS cases (just under 4 hours, ranging from 1 to 11 hours). When they factored in staff and team member costs of $674.25 and a facility cost of $306.77 per case, they found that the mean Forensic Center case processing cost was significantly higher than the mean cost for processing usual care APS cases ($1,408.58 versus $153.30).

Similarly, the researchers calculated the additional cost per Forensic Center case over the APS usual care case for the following case outcomes:

Once again, they noted, the Forensic Center may be considered cost-effective if society is willing to pay these additional costs per case.

The investigators point out that their results comprise the first rigorous analysis of the cost-effectiveness of an Elder Abuse Forensic Center. Although they found significantly higher costs associated with processing cases in this way, they also found that the forensic center yielded better outcomes than the usual care APS system.[15] They note that the marginal gains in elder protection made by the Forensic Center appear to be substantial. The researchers also call the incremental costs associated with the Forensic Center "modest" when compared to health intervention costs. They explained, for example, that the annual costs of new prescription drugs often exceed the incremental case costs of the Forensic Center.

All of these, the researchers noted, are important contexts when evaluating the cost-effectiveness of the Forensic Center and when examining whether it can be sustained and replicated across the United States.

[note 4] National Center on Elder Abuse, Elder Abuse: The Size of the Problem.

[note 13] Nichol, Michael B., Kathleen H. Wilber, Joanne Wu, and Zachary D. Gassoumis, "Evaluating the Cost Effectiveness of the Elder Abuse Forensic Center Model" (pdf, 15 pages), Final report to the National Institute of Justice, grant number 2011-IJ-CX-0015, January 2015, NCJ 248556. The costs were estimated based on the average time spent per case by the Forensic Center's core team multiplied by their hourly compensation rates vs. the average time spent by APS on a typical case. The investigators also considered an additional marginal cost per case due to the site costs of operating the Forensic Center.

[note 14] Two of the matching cases were lost; one person died before the investigation could proceed, and the investigation for the other dragged on for more than a year, precluding any resolution during the study period.