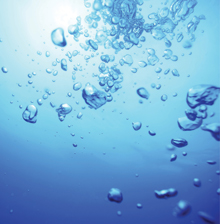 Salt Lake County homicide detective Todd Park was in Reno, Nevada, for a conference about serial killers in 2007 when he first heard about what he calls "the isotope stuff." A colleague at the meeting described the forensic potential of isotope research being done by IsoForensics, a Salt Lake City company, and Park quickly realized that the science might help identify the victim in a homicide case he had worked on seven years earlier.

Park, a cold case specialist with the Unified Police of Greater Salt Lake, called Jim Ehleringer, a University of Utah biology professor and IsoForensics' senior scientist, and told him about the case of "Saltair Sally." In October 2000, duck hunters found the woman's remains — a cranium, teeth, about two dozen bones and a scalp of hair — in desolate brushland near Saltair, a resort area on the banks of the Great Salt Lake. Her body had been there for at least a year, maybe two.

It was the first case of its kind for IsoForensics. The firm's scientists conducted isotope ratio analysis on 26 centimeters of the woman's hair provided by the Utah State Office of the Medical Examiner. The length of the hair was important, said IsoForensics research scientist Brett Tipple, because it acts "like a filmstrip." Measuring changes in the oxygen isotope ratios along the length of hair, he said, creates a chronology that "helps investigators when they are trying to put together a person's travel history."

The science behind the measurements is based on the naturally occurring isotopes of oxygen and strontium. The ratio between two oxygen isotopes, 18O and 16O, reflects the water supply in the region where a person lived. Because the ratio differs slightly in different geographic regions based on geologic, climatic and environmental factors, isotopes can be linked to where a person originated. Comparisons of the ratios of two strontium isotopes work in much the same way.

Water is the key in creating a "travel history" from an individual's hair because isotopes found in hair are a reflection of the water that people drink (ingested, in the case of oxygen) and the water in which they bathe or shower (deposited, in the case of strontium). "We are pretty wet animals," Tipple said. "We, as humans, typically get in the shower every day or every evening." Because water isotope ratios are stored in an individual's hair based on the specific geographic region where the person lives, hair analysis can reveal a history of the person's location and movements.

Tipple, whose research has been supported by NIJ since 2011, is developing databases and models to help accurately link isotope ratios to the geographical region from which they come. His current work is focused on developing strontium ratio comparisons that "more precisely describe the recent region of origin of humans through chemical analysis of scalp hair." Strontium ratios reflect water that is associated with rock in a region and can provide more specific location information when coupled with oxygen isotopes.

Tipple also is developing a database and model to better predict region-of-origin information based on oxygen isotope ratios. Because oxygen isotopes come mainly from precipitation, Tipple said, it is possible to model regional differences by knowing where precipitation comes from in the regions. Although that holds true for rural areas where people drink local water, he noted, it is not necessarily true for big cities, where most people live.

"Most humans live in cities," he said, "and in cities, we manage water supplies. So if you lived in a rural area and drank from a well, then the initial model [of making predictions from precipitation sources] would work well. But in cities, the water may not be from that local area. We've been focusing on the western United States because out here, water can be transported very long distances to feed the cities."

If the tap water that people in cities use does not reflect the local geology, then the isotopic geolocation process becomes problematic. To overcome that issue, Tipple is creating water and hair isotope landscapes, or "isoscapes," by taking hundreds of water and hair samples from six major metropolitan areas in the western U.S., including Los Angeles, San Francisco and Phoenix.

The forensic reason for developing a database on isotope ratios that reflect specific metropolitan area water supplies is clear, he said: "If you find somebody on the side of the road, the odds are they are going to be from a major city." If water for that city is transported in from a long distance away, the isotope ratio location will not be of much help to a forensic investigator.

"Our ultimate goal is to get all of the metropolitan isotope information into a database, and when an analysis is done, the database comes back with information of where the person has been," Tipple said. "We are at the very early stages of that right now."

As Tipple works to increase the specificity of isotope ratio information, IsoForensics continues to help law enforcement officials identify victims. "We have cases in Nevada and Georgia," Tipple said. "A lot of times, it is detectives at the end of their careers, and they come to us with the cases that are haunting them. They want to do something to try to solve these cases."

The oxygen isotope data from Saltair Sally's hair proved to be the lead that Park needed to finally identify the woman. The isotope ratio analysis revealed that she had moved in and out of the Salt Lake City area at least two times in the 22 months prior to her death. The analysis also showed that when she left Utah, she had traveled to an area that matched the water of the Northwest region of the country.

Park focused his attention on missing persons reports from that region of the country that matched the time when Saltair Sally disappeared, and he soon found one that fit. With further DNA testing and dental comparisons, he identified the woman as 20-year-old Nikole Bakoles, who was originally from the Tacoma, Washington, area. She had moved to Utah with her boyfriend and, in the 22 months prior to her death, returned to Washington on two occasions. Although she has been identified, her homicide case remains open.

Park used IsoForensics again to identify a homicide victim who had been found rolled in a carpet near Salt Lake City in 1978. The isotope ratio analysis showed that she had resided in a region south of Utah prior to her death, and that enabled Park to find a 34-year-old missing persons report from Texas that matched the remains. The woman was identified as Patricia Barrett, and her homicide case is still open.

"I've referred several cases to them [IsoForensics], and people have utilized them," Park said. "It doesn't get you a match to a person, like DNA can, but it's great science, and for unidentified remains, it's vital that people get to know about this isotope stuff and utilize it more, because it really helps."

This article discusses "Isotope Analyses of Hair as a Trace Evidence Tool to Reconstruct Human Movements: Establishing the Effects of the 'Human Ecosystem' on Strontium and Oxygen Isotope Ratios," grant number 2013-DN-BX-K009.