Toward a Better Way to Interview Child Victims of Sexual Abuse

A study tests interview protocols in the hope of getting better case outcomes. 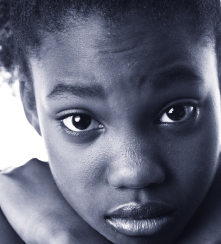 Child protection authorities substantiated 68,000 cases of child sexual abuse in 2008, according to the Department of Health and Human Services.[1] In many child sexual abuse cases, there is no witness other than the child and no corroborating evidence — the entire case can hang on a child's recollection of the alleged abuse. One way to help avoid false accusations and ensure justice in these cases is to strengthen law enforcement's ability to elicit accurate information from children. As the authors of the study discussed in this article note, "The quality of forensic interviewing practices is of utmost importance if child victims are to be protected, at the same time as the rights of the innocent suspects are to be upheld."[2]

We have gained considerable knowledge in the last two decades about child development, memory and cognition, and researchers have developed several techniques for improving the way child victims of sexual abuse are interviewed. One technique that showed promise in a laboratory has now been tested in the field in Utah's criminal justice system. The interview protocol was developed by the Eunice Kennedy Shriver National Institute of Child Health and Human Development (NICHD). The NICHD began developing its interview protocol in the 1990s. According to Margaret-Ellen Pipe, a member of the team that has developed and tested the protocol, "In the '80s people started recognizing children could provide reliable evidence. There had been real skepticism prior to that whether you would believe children."

In an NIJ-funded study, a team of researchers led by Pipe investigated how the NICHD protocol might affect prosecution outcomes. Their findings make it clear that the training and NICHD protocol elicit more information from possible victims. The findings cannot, of course, determine whether the information is more accurate — that is, the findings cannot definitively confirm details of what happened. But it is clear that after the protocol was introduced, prosecutors accepted more cases; and more cases that went to trial resulted in conviction than before the protocol was introduced.

The techniques employed by the NICHD protocol were designed to integrate advances in scientific understanding about memory and children's linguistic and cognitive development.

Training in forensic interviewing techniques often increases interviewer knowledge without resulting in any meaningful change in how interviewers conduct the interviews.[3] NICHD training is effective in getting interviewers to use the new information learned. Studies testing the protocol have examined how best to train people in its use and, in particular, how to ensure that interviewers reliably acquire and actively use the new skills. Training can raise awareness, Pipe et al. note in their report, but it is important to guarantee that new techniques are adopted as a matter of practice. The NICHD training model promotes this by providing guidance and feedback for interviewers even after training has concluded.

At the beginning of the conversation, the child and the interviewer discuss expectations and set ground rules: this is the introductory phase. Interviewers then ask children to talk about events unrelated to the suspected abuse; the idea is to encourage the child to be comfortable leading the conversation by developing this rapport. In this phase, the "child learns the conversational rules, because they are different from many conversations in which children take part," Pipe explained.

Later, interviewers encourage children to recall the target incident and talk about it in a narrative stream, as opposed to answering directed questions about it, one after another. Evidence indicates open-ended prompts draw out more accurate information than ones that simply elicit a child's recognition. The techniques discourage suggestive leads or questions with yes/no or either/or answers: "Where were his clothes?" for example, is preferred over, "Were his clothes on the floor?"

Nearly a decade of research confirms that when interviewers follow the guidelines outlined in the NICHD protocol, children give both more and higher-quality information. Their narrative accounts reveal greater detail when the NICHD protocol is implemented.

How the Study Was Conducted

The study examined the outcomes of cases before and after police detectives were trained on the NICHD Investigative Interview Protocol. The 11 detectives in the study performed forensic interviews at the Salt Lake County Children's Justice Center (CJC), an arm of the Utah Attorney General's Office. They were all experienced in conducting child abuse investigations and child forensic interviews but had never been trained in the NICHD protocol. The detectives' NICHD training took place over several days, included both simulated and actual forensic interviews, and included ongoing contact and feedback from the trainers.

Researchers from the City University of New York, Cambridge University in England, the NICHD and the CJC examined 1,280 sexual abuse cases between 1994 and 2000 that were referred to authorities in Salt Lake County, Utah, and investigated by the 11 detectives. Of the total sample, these detectives conducted 551 interviews before receiving training on the NICHD protocol and 729 after they had implemented the protocol. The same detectives, prosecutors and judges who handled the cases were used throughout the study period.[4]

Among the cases of alleged abuse that the researchers reviewed, nearly 60 percent involved improper touching and 5 percent were characterized by exposure; penetration was alleged in 35 percent of the cases reviewed. Detectives interviewed children between the ages of 2 and 14 and then presented their evidence to the district attorney, who decided whether or not to prosecute.[5]

Impact of Using the Interview Protocol

Researchers compared the outcomes of the cases that used the interview protocol with cases that did not. They found that after local detectives adopted the NICHD interview protocol, the percentage of investigated cases in which the district attorney filed charges rose from 45 percent to over 54 percent. Furthermore, these cases held up as they progressed through the system.

Although the number of cases that went to trial was small — 30 of a total of 513 cases in which charges were filed — 94 percent of those prosecuted after implementation of the NICHD protocol resulted in conviction (16 of 17 cases), compared with 54 percent before its introduction (7 of 13 cases). In the majority of cases, both before and after the NICHD protocol was implemented, a plea agreement was reached. Of those, 81 percent led to a guilty plea on one or more charges. See Table 1 for more details on case outcome.

(Cases that were diverted or were active/had no outcome information available were omitted from this table.)

While the percentage of cases in which charges were filed increased for three of the four age groups after the protocol was implemented, the impact of the protocol was strongest in cases in which the children were between 7 and 9 years old. This age group accounted for approximately 26 percent of the pre-protocol and post-protocol samples (135 and 167 cases respectively). For children in this age group, the rate at which prosecutors filed charges rose from 42 percent before to 64 percent after detectives were trained.

Given the nature of testing an interview protocol in the field, results like those in this study cannot definitively determine whether or not a protocol elicits more complete or accurate information from children; there is usually no way for researchers to know with absolute certainty if the alleged sexual abuse occurred.

Previous studies have established that use of the NICHD protocol increases the amount of information children reported with little or no interviewer input, a core feature of the NICHD protocol. There is a significant body of research demonstrating that interview techniques emphasizing the use of open-ended prompts and other methods that encourage a child's free recall elicit more accurate details than more focused prompts — ultimately, the kind of details on which investigators build their case. These techniques have proven effective at getting better information from preschoolers, elementary school children and teenagers alike. The evidence-based nature of the NICHD protocol lends credence to the researchers' assertion that, when employed by well-trained interviewers, the protocol likely improves the detail and accuracy of information elicited from children in most age groups during forensic interviews and positively affects case outcome.

[note 4] The judges and prosecutors were likely aware that the detectives received new training on a forensic interview protocol.

Sara Harris is a writer at Palladian Partners, Inc.