Tailoring the Interview for Special Populations

Sidebar to the article Toward a Better Way to Interview Child Victims of Sexual Abuse by Sara Harris.

Evidence shows the NICHD protocol is an effective forensic interviewing technique for eliciting information from children in general, but researchers want to know how to develop similar techniques to be used in a wider range of situations. There is now a sufficient body of research on child interviewing using the NICHD protocol to see if the same methods can be adapted for use in other populations that need specialized protocols, such as the youngest victims, particularly reluctant victims, victims with developmental disabilities and minority populations. 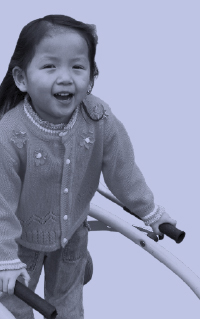 In the Utah study described elsewhere in this article, researchers hypothesized that the NICHD protocol might increase the rate at which prosecutors filed charges in cases involving the youngest suspected victims included in the study (2.8- to 4-yearolds). While that rate increased, children in this age group were still the least likely to have charges filed against the suspect; and when charges were filed, a higher proportion of them were dismissed than in cases involving older children.

Researcher Margaret-Ellen Pipe and her colleagues note that young children typically give less complete accounts and relay less information in interviews than older children, requiring interviewers to use more prompts. Of greater concern are studies showing that, when compared with their older counterparts, more suspected victims in this age group do not reveal abuse in interviews — perhaps because they do not understand that the information is significant. Findings suggest they might also be more likely to keep a secret when someone asks them to. The vulnerability of these children is understandable, said Pipe, but it "highlights the need to further develop protocol for these youngest suspected victims."

Professionals in the field also work to adapt interviewing techniques to a variety of cultural environments. In April 2009, the Office of Justice Program's Office for Victims of Crime hosted a Web forum to encourage discussion of approaches to forensic interviewing in Native American communities. Participants with expertise in this area emphasized how important it is for interviewers to understand the importance of the family and ceremonies and to pay attention to non-verbal behaviors.

Sometimes adaptations to the standard guidelines are a matter of raising awareness among interviewers about differences among particular groups of children, but the need for modifications also suggests potential new avenues for research. Interview techniques that are appropriate to the developing linguistic and cognitive abilities of children at younger ages, for example, require specific approaches researchers are still developing. This is a particularly urgent message regarding children who are more vulnerable to abuse because of age or developmental delays.

In addition to tailoring its use to specific children's needs, researchers also hope to test the use of the NICHD protocol for a greater variety of investigations. Other research efforts in expanding the uses of the protocol may focus on its applicability to interviews about children's exposure to family violence.

This article appeared in NIJ Journal Issue 267, March 2011, as a sidebar to the article Toward a Better Way to Interview Child Victims of Sexual Abuse by Sara Harris.