A small study of administrative segregation surprised researchers with findings that were inconsistent with those from previous studies. 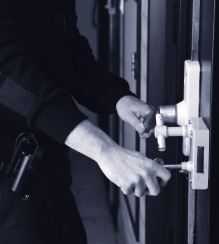 A study of the psychological effects of solitary confinement in Colorado prisons showed the mental health of most participants did not decline over the course of the one-year study.

The NIJ-funded study assessed the effects of solitary confinement, known as administrative segregation or AS in the corrections field. Researchers evaluated 247 men in the Colorado prison system. The sample included individuals in AS at Colorado State Penitentiary, a "supermax" facility, and two other groups for comparison: the general prison population and residents of San Carlos Correctional Facility, a psychiatric care prison. The sample of participants was divided into those with mental illness and those with no mental illness.[1] Participants ranged in age from 17 to 59. The ethnic breakdown was 40 percent white, 36 percent Hispanic, 19 percent African-American, 4 percent Native American and 1 percent Asian.

See "What Is Administrative Segregation?"

Incarcerated persons and staff completed standardized tests at three-month intervals over the course of the one-year study. To participate in the study, candidates had to read and write at a proficient level because the assessments were done using standardized self-administered pencil and paper materials; no clinical psychologist interviewed the participants. The researchers used 14 tests measuring states such as anxiety, depression and psychosis to collect data. Clinical staff completed the Brief Psychiatric Rating Scale; correctional staff completed the Prison Behavior Rating Scale; and incarcerated persons completed 12 self-report instruments such as the Beck Hopelessness Scale.

None of the hypotheses were borne out by the results of the study. In fact, the results showed initial improvements in psychological wellbeing in all three groups of participants. Most of the improvement occurred between the first and second testing periods followed by relative stability. Overall, the researchers found that 20 percent of the study sample improved and 7 percent worsened during the study period.

Previous studies of AS and its psychological effects have produced mixed results. Some characterize the conditions as damaging to the psychological health of incarcerated persons, whereas others have found little evidence of harm.

The researchers noted that their findings might not apply to other prison systems. Systems that have more restrictive living conditions and fewer treatment and other programs may have very different results. Additionally, the researchers noted that the study was limited to literate adult men, and the findings should not be assumed to apply to juveniles, females or illiterate men. Because participation was voluntary and required participants to be literate, the study sample may have excluded some people who would have been more vulnerable to the stresses of solitary confinement, such as those with serious mental illnesses or those who cannot read. Finally, because participants were not randomly assigned to study groups, the groups — and their outcomes, including mental health outcomes — may not be strictly comparable.

They also noted that AS may have negative effects that were not measured in the study. For example, previous research has shown that individuals released directly from AS to the streets had dramatically higher recidivism rates than those who first returned to the general prison population.[2]

The Colorado study adds to the knowledge base, but it does not resolve the debate about the effectiveness of AS.

[note 1] Placement into AS or general prison conditions occurred as a function of routine prison operations. General population comparison participants included those at risk of AS placement due to their institutional behavior.