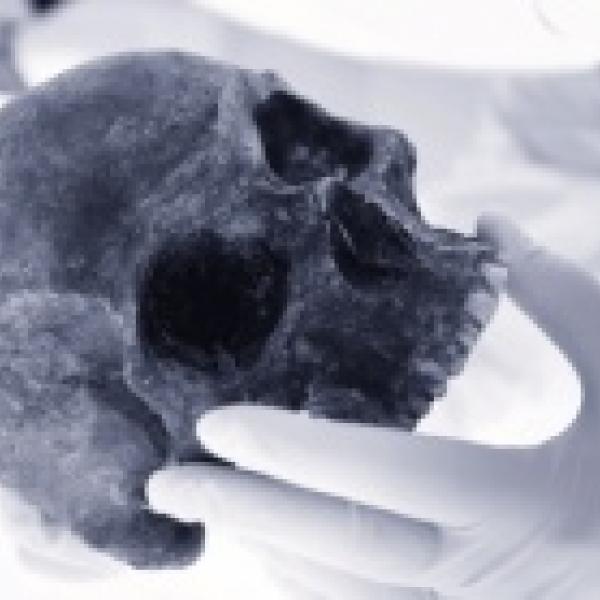 Archaeologists have long used carbon-14 dating (also known as radiocarbon dating) to estimate the age of certain objects. Traditional radiocarbon dating is applied to organic remains between 500 and 50,000 years old and exploits the fact that trace amounts of radioactive carbon are found in the natural environment. Now, new applications for the technique are emerging in forensics, thanks to research funded by NIJ and other organizations. In recent years, forensic scientists have started to apply carbon-14 dating to cases in which law enforcement agencies hope to find out the age of a skeleton or other unidentified human remains.

See "What Is Carbon Dating?"

The new method is based on the fact that over the past 60 years, environmental levels of radiocarbon have been significantly perturbed by mid-20th-century episodes of above-ground nuclear weapons testing. Before the nuclear age, the amount of radiocarbon in the environment varied little in the span of a century. In contrast, from 1955 to 1963, atmospheric radiocarbon levels almost doubled. Since then they have been dropping back toward natural levels. Over the past six decades, the amount of radiocarbon in people or their remains depends heavily on when they were born or, more precisely, when their tissues were formed.

Forensic anthropologists at The University of Arizona took advantage of this fact in a recent study funded by NIJ. The researchers wanted to find out if they could identify a person's year of birth or year of death using precise measurements of carbon-14 levels in different post-mortem tissues. They measured carbon-14 levels in various tissues from 36 humans whose birth and death dates were known.

The generally poor post-mortem preservation of soft tissues would be a limiting factor to this approach. However, the researchers suggested that soft tissue radiocarbon content would be transferred to, and preserved in, the pupal cases of insects whose larvae feed on these tissues. Such insects are simply another link in the food chain. Thus, pupal case radiocarbon content would serve as a decay-resistant proxy for the tissues, yielding the year of death.

The spike in atmospheric carbon-14 levels during the 1950s and early 1960s makes this approach possible, but it also means it will have a limited period of utility because the amount of carbon-14 in the atmosphere is slowly returning to its natural level. Barring any future nuclear detonations, this method should continue to be useful for year-of-birth determinations for people born during the next 10 or 20 years. Everyone born after that would be expected to have the same level of carbon-14 that prevailed before the nuclear testing era.

All the people whose tissues were tested for the study were residents of the United States. Atmospheric dispersion tends to create uniform levels of carbon-14 around the globe, and researchers believe that these would be reflected in human tissues regardless of location. However, more testing is needed to confirm that belief.

Philip Bulman is a writer and editor at NIJ. Danielle McLeod-Henning is a program manager and physical scientist at NIJ.