The U.S. government looks to research from home and abroad as it reformulates its law enforcement response to transnational organized crime. 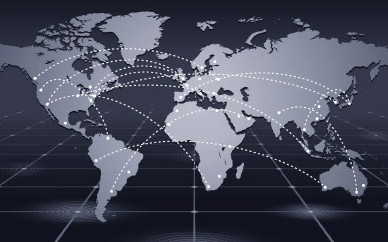 On July 13, 2010, some 3,000 police officers fanned out across Italy. In one day, the dragnet conducted 55 searches, made 305 arrests and seized $75 million in illegal assets. The target of this nationwide sweep was the Calabrian organized crime group known as the 'Ndrangheta. While not as well known as other transnational organized crime (TOC) groups, the 'Ndrangheta nonetheless had grown to become one of the most powerful and aggressive criminal organizations in Europe. In preparation for their sweep, Italian authorities spent two years collecting 64,000 hours of videotaped surveillance of 'Ndrangheta meetings and transcribed more than 1 million phone conversations.

Nevertheless, as the activities of July 13 drew to a close, Italian authorities discovered that some of their long-held beliefs about the organization and operations of the 'Ndrangheta were wrong. For example, they learned the 'Ndrangheta had dual power bases in Italy, not one, as was previously assumed. They also discovered that, contrary to their expectations, the group did in fact have a central, hierarchical organization that maintained order among 'Ndrangheta groups.

One lesson stands out from this episode: A focused and sustained research program on TOC is needed to inform and shape anti-organized crime policies and programs. Many countries, including Italy and the United States, are retooling their TOC policies and programs, and they are looking to the research community to provide them with the best methods for assessing TOC threats and improving threat assessments. With this in mind, the National Institute of Justice (NIJ) has revitalized its TOC research portfolio and affirmed its role in the U.S. government's efforts against TOC.

In the 1980s and 1990s, the U.S. government began to recognize the threat TOC posed. During this period, criminal organizations leveraged the burgeoning globalization movement and the end of the Cold War to expand across borders and garner ever-larger profits from smuggling and other global criminal activities. By 1995, the U.S. identified TOC as a national security threat and authorized new tools to address it. For example, recognizing the need for global cooperation to dismantle these criminal enterprises, the U.S. embraced efforts that culminated in the United Nations Convention Against Transnational Organized Crime in 2000. The U.S. also adopted new economic sanctions that targeted drug trafficking organizations and their leadership.

The U.S. government's focus on TOC as a national security threat changed after Sept. 11, 2001. The terrorist attacks forced the U.S. to direct its energies toward preventing future attacks. Understandably, many of those who had experience identifying, investigating, analyzing and prosecuting clandestine groups — including transnational criminal organizations — switched their focus to international terrorist threats full time.

The threat from TOC continued to evolve in the 2000s. For example, TOC groups increasingly focused attention on capturing legitimate businesses and penetrating global financial, commodity and other markets. Terrorist organizations sought the assistance of TOC groups and the global expansion of TOC destabilized new regions of the globe, such as western Africa.

By the late 2000s, the Department of Justice (DOJ) took steps to address the significant gap in U.S. efforts against international criminal syndicates. In 2008, DOJ released The Law Enforcement Strategy to Combat International Organized Crime, which outlined steps to promote a more robust law enforcement effort against TOC. In order to coordinate this effort across federal law enforcement agencies, the Attorney General reconvened the Organized Crime Council (AGOCC). Prior to 2008, the AGOCC had not met for some 15 years.

The U.S. government continued rebuilding its capacity to counter TOC as the decade drew to a close. In 2009, DOJ formed the International Organized Crime Intelligence and Operations Center, through which it and other federal agencies could marshal the resources and information of nine U.S. law enforcement agencies and numerous federal prosecutor offices nationwide. The National Intelligence Council also completed work on a National Intelligence Estimate (NIE). The NIE, which was published in 2010, is a classified review of all intelligence on TOC and provided the best estimate of its trajectory for the next five years. Soon after the completion of the NIE, President Obama tasked the National Security Staff with forming a government-wide strategy to counter TOC. In July 2011, the U.S. government released a White House strategy on TOC. This is the first strategy in more than 15 years.

Research on TOC is nothing new for NIJ. Since the late 1990s, NIJ has sponsored research projects, hosted working groups and evaluated programs related to TOC. NIJ-funded researchers have mapped transnational criminal groups operating in the U.S. from Russia, Ukraine, China, the Philippines, Japan and a number of other countries. NIJ's grants have provided surveys of local law enforcement to pinpoint the impact of TOC in their communities and NIJ-funded research has explored the linkage between TOC and terrorism.

In January 2010, NIJ hosted an expert working group of 50 international academicians and practitioners to discuss the current state of knowledge and how research can inform policy and practice. The group concluded that research on TOC was uneven — robust in some areas, scant in others (for example, it felt that research on TOC actors and organizations was particularly strong, but research on the links between TOC and terror groups was lacking). Nonetheless, the group believed that the existing research at least provided a level of information that could guide future research and practice.

The working group concluded that three topics required more focused attention in the future. The first was the need to develop reliable estimates of the harm TOC inflicts on society, markets, the economy and individual citizens. The second was the need for more evaluations of existing programs and policies to ensure that they are indeed the "best practices" for investigating and prosecuting TOC. The third was the need for more comparative research that uses observations and data from multiple countries to better identify how TOC forms, organizes and operates across borders.

NIJ and the Fight Against TOC

Although the NIJ working group meeting was in part a step toward embedding research in the larger interagency effort to recalibrate the U.S. government's efforts against TOC, NIJ has also initiated some independent activities based on the group's findings. As a result, NIJ is focusing on five ways that it can assist the Administration's efforts against TOC and meet its goal of facilitating increased research among the U.S. and its international partners:

Sponsoring research on TOC topics of interest to practitioners is the primary tool that NIJ can deploy in supporting the effort against TOC. To that end, NIJ solicited research proposals on this subject in 2010. The goal of the solicitation was not only to sponsor research that could inform practitioners about the nature of TOC, but also to garner knowledge about TOC that could educate the public about the threat it poses. The solicitation welcomed a wide array of research. It also singled out an interest in having researchers evaluate current practices to validate them as "best practices." Awards were made to the University of California – Los Angeles and Michigan State University. Applications for the fiscal year 2011 TOC research solicitation are currently under review.

NIJ also supports evaluations of innovative foreign criminal justice programs to assess their effectiveness and determine their viability for use in the U.S. criminal justice system. As part of this program, NIJ has commissioned a transferability study of the use of unexplained wealth orders in foreign countries. An unexplained wealth order is the result of a legal process that identifies individuals who live beyond their discernible means and requires them to justify the legitimacy of their financial circumstances or face seizure of that wealth. The transferability study will help determine whether these programs are effective and, if they are, how they might be adapted for use in the U.S. criminal justice system. Research and evaluation are essential to understanding TOC, but their full value is realized only when the stakeholders involved in policy and practice are made aware of the results and can determine how the findings relate to their work. NIJ strives to ensure that results from the research it sponsors reach the broadest possible audience, including practitioners. In 2010 and 2011, for example, NIJ sponsored panels at major conferences, such as the American Society of Criminology conference, that focused on how TOC research can inform practice. Likewise, NIJ has convened additional expert working groups that focus on particular topics of interest to specific segments of the stakeholder community. NIJ hosted one such group in November 2010, when it brought together a small panel of academic experts and TOC practitioners from the U.S. and the United Kingdom to discuss how the research community might help practitioners think more strategically — that is, long term — about TOC.

NIJ works closely with federal partners to transfer knowledge from research to practice. For example, NIJ works with its sister agency, the Bureau of Justice Statistics, to provide stakeholders more robust statistics on the impact of TOC. NIJ also has a strong working relationship with the State Department, supporting its diplomatic efforts to foster regional and multilateral responses to TOC. NIJ continues to attend interagency and international meetings on this topic to promote its research findings and discuss potential partnerships to meet future research requirements.

Just as the U.S. government continues to refine its response to the threat of TOC, so too will NIJ grow its efforts to provide its diverse stakeholders with the information they need. NIJ will continue to coordinate with a range of domestic and international agencies to ensure that its research program on TOC benefits practitioners and researchers. It will work with the research community to provide researchers with the tools and resources they need to produce high-quality research in this field. By joining research to practice, NIJ will help practitioners, the public and policymakers better understand the nature of TOC and the threat it poses.

[note 1] NIJ is working closely with the Organized Crime and Gang Section and the Asset Forfeiture and Money Laundering Section of DOJ's Criminal Division; the State Department; the National Security Council; the Office of National Drug Control Policy; and others in the U.S. government. It is also working with partners in Australia, Germany, the U.K., Italy and a host of other countries, as well as the United Nations Office on Drugs and Crime.

John T. Picarelli is a Social Science Analyst in the National Institute of Justice's Office of Research Partnerships.