Men Who Murder Their Families: What the Research Tells Us

NIJ hosts a forum to discuss the problem and the warning signs that foreshadow these events. 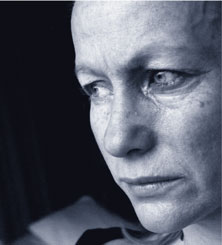 Cases where people kill their families and then commit suicide are mercifully rare.

Less extreme forms of domestic violence and child abuse are more common. Acts of partner conflict can fall on a broad spectrum, ranging from verbal criticisms to cases of a family homicide followed by suicide. The research identifies several risk factors that may indeed predict more severe domestic violence cases.

In a seminar titled Men Who Murder Their Families: What the Research Tells Us, an expert panel discussed a recent spike in news reports of "familicide" cases. Panelists included Jacquelyn C. Campbell of Johns Hopkins University, author David Adams, and Richard Gelles of the University of Pennsylvania.

Campbell, Anna D. Wolf Chair and professor at JHU's School of Nursing, discussed the Centers for Disease Control and Prevention's National Violent Death Reporting System. Of the 408 homicide-suicide cases, most perpetrators were men (91 percent) and most used a gun (88 percent). A 12-city study that Campbell conducted of these cases found that intimate-partner violence had previously occurred in 70 percent of them. Interestingly, only 25 percent of prior domestic violence appeared in the arrest records, according to Campbell. Researchers uncovered much of the prior domestic violence through interviews with family and friends of the homicide victims. "Prior domestic violence is by far the number-one risk factor in these cases," Campbell said.

She also explained that most people who commit murder-suicide are non-Hispanic white males who kill their mates or former mates. Prior domestic violence is the greatest risk factor in these cases. Access to a gun is a significant risk factor, as are threats with a weapon, a stepchild in the home or estrangement. However, a past criminal history is not a reliable or significant predictor in murder-suicide.

In the aftermath of a family murder followed by a suicide, communities, police, researchers and others search for explanations. In difficult financial times, it may be natural to look for economic influences, especially when the killer has recently lost a job or has enormous financial problems. Campbell found that unemployment was a significant risk factor for murder-suicide but only when combined with a history of domestic violence. In other words, it was not a risk factor in and of itself but was something that tipped the scale following previous abuse.

Adams, author of Why Do They Kill? Men Who Murder Their Intimate Partners, offered his perspective based on years of research and experience working with domestic violence cases. His comments focused mostly on guns and jealousy in these violent crimes. When we consider prevention, guns are essentially the "low-hanging fruit," he suggested. He cited research, similar to Campbell's data, showing that 92 percent of murder-suicides involved a gun in a sample of 591 cases.

Adams compared high rates of intimate-partner homicide in the United States with the considerably lower rates in other wealthy countries. He noted that America has the most permissive gun laws of any industrialized nation. He made a similar comparison among U.S. states that have restrictive versus permissive gun laws and lower versus higher homicide and suicide rates. Three reasons guns are used frequently is that they are more efficient than other weapons, can be used impulsively, and can be used to terrorize and threaten.

In the research for his book, Adams asked those who killed with guns if they would have used another weapon if a gun were not available; most said no.

"The most common type of killer was a possessively jealous type, and I found that many of the men who … commit murder-suicide, as well as those who kill their children, also seem to fit that profile," Adams said. "A jealous substance abuser with a gun poses a particularly deadly combination of factors; one that was present in about 40 percent of the killers I interviewed," he added.

Gelles, professor and dean of the School of Social Policy & Practice at the University of Pennsylvania, said that 90 percent of the time the best predictor of domestic violence is past behavior. He said the proximate social and demographic factors that are related to all forms of family violence except sexual abuse are poverty, unemployment and family stressors, which include disagreements over money, sex and children. The economy always is a distal factor that is translated into family relations through poverty or employment or self-image or stressors.

Recent economic problems may produce increases in child abuse and neglect and domestic violence. In the subset of men who kill their entire families, there is a small increase in atypical familicide. These atypical cases are not the possessive, controlling husbands with guns. The familicides that are represented by men who kill their wives, their children and themselves are what the famous French sociologist Emile Durkheim called "anomic suicides." These occur when there are radical and significant changes in the person's social and economic environment.

The United States experienced economic disruptions in 2001 and in the recession of 1990. However, they did not produce huge waves of violence, either in child abuse or domestic violence, Gelles said. Anomic suicide "is not suicide because you've lost all your money but suicide because the rules of the game have changed — because what you thought would be true about your life and your family and your 401(k) and the loyalty of your company has suddenly been disrupted," he said. Gelles suggested that this difficult disruption mixed with an "overenmeshment" in one's family could underlie these familicides.

Overenmeshment is a condition in which perpetrators either view "their family members as possessions that they control or [they] don't see any boundaries between their identity, their wife and their children. And so these are suicides of the entire family, where the anomic, overly enmeshed individual can't bear to leave the pain behind and so takes his wife and children with him," he said.

If the familicide cases signal a more general increase in domestic violence, one result could be a dramatic increase in child abuse and a subsequent burden on the foster care system, Gelles said.

The discussion also touched on new concerns, such as how abusers use threats to intimidate. The panelists focused on the point of separation as a vulnerable period.

Bernie Auchter is a senior social science analyst with the Violence and Victimization Research Division at NIJ.

Bernie Auchter, "Men Who Murder Their Families: What the Research Tells Us," May 25, 2010, nij.ojp.gov:
https://nij.ojp.gov/topics/articles/men-who-murder-their-families-what-research-tells-us