Humane treatment shapes both the victims' recovery and the success of investigations. 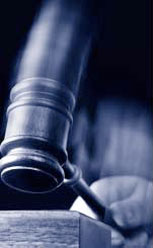 The study focused on SANE programs in a large Midwestern county, carefully measuring how far sexual assault cases progressed through the criminal justice system during the years before and after the programs started. Researchers found statistically significant increases in various case progression measures, including the percentage of cases that eventually resulted in guilty pleas or convictions.

Led by Rebecca Campbell, professor of psychology at Michigan State University, the research team looked at adult sexual assault cases treated in county hospitals and processed by the county's five largest law enforcement agencies for the five years before the launch of the SANE programs. The researchers also looked at cases treated by SANE teams during their first seven years of operation.

Campbell and her colleagues excluded cases that were not processed by the criminal justice system. These included stranger rape cases in which nobody was ever identified as well as cases in which law enforcement officials concluded that the assault allegations were unfounded. This resulted in a sample of 156 pre- SANE cases and 141 post-SANE cases. All victims received complete medical forensic exams, and the exam results were analyzed by the state crime laboratory for DNA evidence.

SANE nurses receive a minimum of 40 hours of classroom training and 40 hours of clinical training. The training covers evidence collection, injury detection methods, chain-of-evidence requirements, ways to avoid re-traumatizing a victim during an examination and other topics. Most SANE teams use specialized equipment such as a colposcope, a lighted magnifying tool that can detect small cuts, bruises and other injuries. The colposcope is also equipped with a camera to document any injuries.

Historically, sexual assault cases have been underreported and had low prosecution rates. These particular SANE programs — and perhaps many others — are contributing to higher prosecution and conviction rates. To discover how the programs led to increased prosecution, the researchers looked at the details of cases and interviewed law enforcement officers, prosecutors and assault victims.

SANE programs provide forensic evidence that is critical for successful investigations. One supervising detective noted that the quality of the evidence produced by medical forensic exams is higher with the SANE program. "I know the quality of documentation has improved from what we've seen in the past. Particularly with the addition of … photographs of injuries; we never had that from an ER."

Participants in the study were granted anonymity and will not be identified by name or agency.

Another detective noted that the SANE program produced evidence quickly and made it available to law enforcement. "SANE information is received rather quickly, if not the same day, the following day ... With the hospital it took time to go through their records to obtain any additional reports, which made it difficult for us to proceed with our investigation."

In addition, once a law enforcement agency knew that evidence would be forthcoming, it became more confident about building a case. The researchers found that in cases where the victim had a medical forensic exam, police collected more kinds of other evidence from the crime scene and from interviews with the suspect and possible witnesses. "Evidence begets more evidence," the researchers report. The cumulative effect was that more cases progressed further through the criminal justice system.

A prosecutor noted that the evidence collected helped to elicit guilty pleas in some cases and trial convictions in others. "I'm sitting here thinking to myself, I've got a good case. I've got corroboration, I've got medical, I've got a good case, and I'll use that with talking to the defense attorney."

Besides providing forensic evidence, SANE teams are also available to testify in court as expert witnesses. SANE programs in this county do not pressure their patients to contact law enforcement and pursue prosecution. Nurses and advocates strive to minimize victim trauma, and they focus on providing high-quality patient care and attending to the emotional needs of the victim. The nurses and advocates take the time to answer all the victim's questions about evidence and the legal system. One victim told researchers that the SANE program's involvement played an important role in her decision to file criminal charges. "That's part of the reason [that I continued] … Because that will just show that he did things to me, and I have proof." By not focusing on legal concerns right away, victims were more willing and able to continue with a criminal case.

Some assault victims said the SANE experience was a turning point. "It was the first time where I felt … human, after going through such a horrendous experience and made to feel I was just a bitch in heat … or a pig being led to the slaughter … and people like the advocates and the nurse examiner, they … make you feel like they're more interested in you, in helping you cope with what happened, and that makes it easier, too, because they’re looking at you like a person … I didn't feel like another body on a slab."

SANE programs may help solve longstanding problems associated with sexual assault cases. The programs provide quality evidence in a timely way that can help shape the course of an investigation, the researchers concluded. "With the medical forensic evidence safely in the hand of SANEs, law enforcement put more investigational efforts into other aspects of the case. The training and ongoing consultation provided by SANEs often suggested investigational leads that law enforcement could pursue to further develop a case. As a result, the cases that are put forward to prosecutors reflect the collective efforts and expertise of law enforcement and SANEs, and not surprisingly, the cases are stronger. Consequently, prosecutors are more inclined to move forward with charging cases, and over time, the prosecution rates did increase," the researchers report.

The National Institute of Justice funded the study. The complete study is available (pdf, 202 pages).

See "Virtual Training and Other Sexual Assault Resources for Professionals."

Sidebar: Virtual Training and Other Sexual Assault Resources for Professionals

This article was published as part of NIJ Journal issue number 264, published November 2009.

Philip Bulman is a writer with the National Institute of Justice and editor of the NIJ Journal.