The Importance of a Holistic Safety, Health, and Wellness Research Program

Over the next five years, NIJ will address safety, health, and wellness questions through interdisciplinary research and strategic partnerships.
Download and print 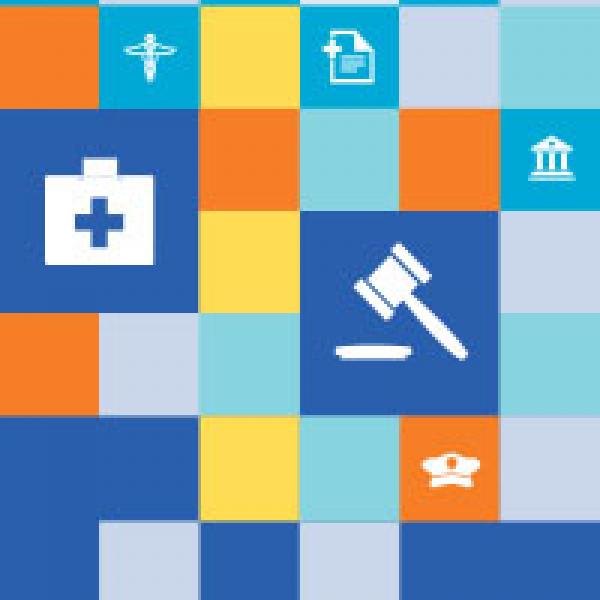 The criminal justice system directly touches millions of people in our country every year — corrections staff, people who spend brief stints in community jails, people who spend years in federal and state prisons, and people under supervision in the community. It indirectly touches millions more, including the families, friends, and acquaintances of those involved in the system.

At the end of 2013, nearly 7 million people were under the supervision of adult correctional systems.[1] And more than 400,000 corrections officers work in federal and state prisons and the nation's jails.[2] Maintaining the safety, health, and wellness of all people involved in the justice system, be it through employment or supervision, is paramount. But it can prove extremely challenging.

To help address the issue, in July 2016 NIJ released a strategic plan outlining major research areas it intends to pursue over the next five years to promote safety, health, and wellness across the criminal justice system.

The plan, written by NIJ's science staff, defines "safety" as "the condition of being secure or unlikely to cause risk or injury to an individual," a definition similar to that developed by the Occupational Safety and Health Administration.[3] NIJ adopted the World Health Organization's definition of "health": "the state of complete physical, mental, and social well-being and not merely the absence of disease or infirmity."[4] The Centers for Disease Control and Prevention definition of "well-being" also informed NIJ's definition: "Well-being integrates mental health and physical health resulting in more holistic approaches to disease prevention and health promotion."[5]

These definitions highlight the connection between a person's physical and mental well-being, a relationship often discussed in the medical field. A population study in Canada, for example, noted that approximately one in 20 people in the general population had been diagnosed with depression. The study found that the number rose when back pain was present: Approximately one in five adults with chronic back pain was diagnosed with major depression.[6] This link between physical and mental is critical in an occupational setting, because an event that could cause injury increases the likelihood of other physical and mental ailments. The medical field has also found that people's mental well-being affects their ability to recover physically.[7]

Research within health systems has also uncovered a correlation between medical staff well-being and patient outcomes.[8] There is a similar relationship in the criminal justice realm. In a corrections setting, for example, evidence points to a link between the health and well-being of staff and those who are incarcerated.[9] A corrections officer who is experiencing high levels of stress may struggle to recognize or prioritize incarcerated persons' safety and health needs. Conversely, managing an incarcerated population with high rates of mental illness increases the stress levels of the corrections staff, affecting the entire social support network.

NIJ has a long history of supporting programs and research to address safety, health, and wellness in the criminal justice system. One example is the Correction and Law Enforcement Family Support (CLEFS) program, which sought to identify and understand the stressors confronting law enforcement officers at work and at home and develop innovative approaches to prevent and treat the negative effects of stress. The CLEFS program resulted in a variety of stress reduction programs. In 1998, it expanded to address stress among correctional officers.

Historically, NIJ's research on safety, health, and wellness has been split between safety on the one hand and health and wellness on the other. It has also been narrowly focused: NIJ's safety research has focused primarily on improving safety equipment, such as body armor and less-lethal technology, while its health and wellness research has focused on improving officer performance through stress management, stress reduction, wellness programs, and changing work shifts. NIJ's efforts have not explored how the safety, health, and wellness of those involved in the system affect their families, friends, and acquaintances — and vice versa.

The strategic plan does not focus on a specific population because issues of health are based on individual physiology and transcend organizational distinctions.

Many of these research areas cross scientific disciplines, so collaboration will be critical. NIJ will support research that includes partnerships between researchers and practitioners and scientific partnerships between disparate fields, such as engineering and social science or neuroscience and occupational health. The Institute will also collaborate with other federal research agencies to expand the number of federal agencies involved in relevant research, eliminate redundant federal investments, better target federal research investments, and better use federal research infrastructure.

NIJ believes that by supporting highly collaborative research, we will promote better and more comprehensive solutions to the challenging safety, health, and wellness problems facing the criminal justice system.