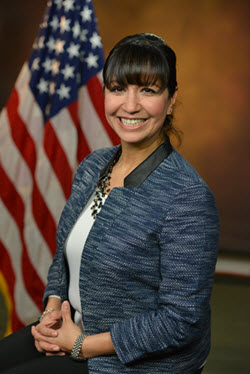 What an honor to write my first message for NIJ's flagship publication!

It was solicitation season when I was sworn in as Director in early February, so I hit the ground running. President Barack Obama had just released his 2016 budget; a couple of weeks later, the Task Force on 21st Century Policing released its report; and two weeks after that, the National Initiative for Building Community Trust and Justice announced its first six sites, which NIJ is supporting. Arriving at such a busy time offered me the perfect vantage point to see how seamlessly some of my goals tie into the Institute's work. My first and primary goal is to lead with the science - to strengthen science to advance justice. There are many ways to do this, but here are three that came to mind as I read this issue of the NIJ Journal:

I will continue to support partnerships, both internally (within NIJ and the Office of Justice Programs) and externally, through our researcher-practitioner grants, for example. However, another way to form stronger external partnerships is through cooperative agreements. Because NIJ wants to be a true partner with those we fund — and also leverage our own scientists' expertise in producing rigorous science — I will be looking for ways to increase the Institute's use of cooperative agreements. Read about the differences between grants and cooperative agreements on our website. Additional guidance is forthcoming.

Of course, I am always looking for ways to capture the impact of our investments. My commitment as NIJ Director is to ensure that our investments advance science, are translated into useful knowledge for our stakeholders, and have an impact on policy and practice. And because I believe that true innovation happens when people with different views come together, I intend to use my leadership to foster greater diversity throughout the many components of NIJ's work. As I get to know my new colleagues here at NIJ, they are hearing me ask the question, "Who is missing from the conversation?" I like to see diversity in perspectives, disciplinary backgrounds, race and ethnicity — and I want to ensure that NIJ engages with groups and agencies that, like us, are committed to reducing the number of people disproportionately involved in the criminal justice system.

I hope you enjoy this issue of the NIJ Journal. I believe this issue includes something for everyone in our diverse audience of practitioners, researchers and policymakers.