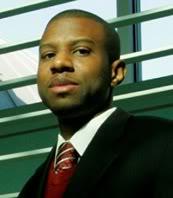 Dr. Ivory A. Toldson is Associate Professor at Howard University, Senior Research Analyst for the Congressional Black Caucus Foundation and Editor-in-Chief of The Journal of Negro Education. In 2003, Dr. Toldson received the National Institute of Justice's W.E.B. Du Bois Fellowship for his research on methods to detect propensities toward racial and sexual civil violations among police officer candidates. Dr. Toldson has produced more than 40 articles and research presentations in 29 U.S. states, Paris, Dominican Republic, Scotland and the Republic of South Africa. Dr. Toldson is the author of the "Breaking Barriers" series, which analyzes academic success indicators from national surveys that, together, give voice to nearly 10,000 Black male pupils from schools across the country. His most recent research focuses on the role of schools and the American educational system in reducing the number of Black males in contact with the juvenile justice system. Dr. Toldson was named "Young Researcher of the Year" at Southern University and was featured in the Howard University Quest Magazine article, "Improving the Lives of African-American Males in the 21st Century." He won EboNetwork's Changing Faces Award for Outstanding Literary Achievement for his novel, Black Sheep. He received his Ph.D. from Temple University and has held teaching and research positions at Emory University, Drexel University, Morehouse School of Medicine and Southern University.

Learn about Dr. Toldson's research "Evaluating the Predictive and Structural Validity of an Actuarial Method for Screening Civil Liabilities Among Police Officer Candidates."