Sleep Deprivation: What Does It Mean for Public Safety Officers? 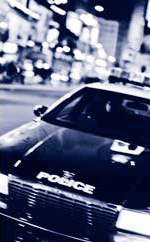 When I speak to police officers about my research on sleep, job performance and shift work, they always ask, "What's the best shift?"

I always answer, "That's the wrong question. Most shift arrangements have good and bad aspects." The right question is this: "What is the best way to manage shift work, keep our officers healthy and maintain high performance in our organization?"

Scheduling and staffing around the clock requires finding a way to balance each organization's unique needs with those of its officers. Questions like "How many hours in a row should officers work?" and "How many officers are needed on which shift?" need to be balanced against "How much time off do officers need to rest and recuperate properly?" and "What's the best way to schedule those hours to keep employees safe and performing well?"

After all, shift work interferes with normal sleep and forces people to work at unnatural times of the day when their bodies are programmed to sleep. Sleep-loss-related fatigue degrades performance, productivity and safety as well as health and well-being. Fatigue costs the U.S. economy $136 billion per year in health-related lost productivity alone.[1]

In the last decade, many managers in policing and corrections have begun to acknowledge — like their counterparts in other industries — that rotating shift work is inherently dangerous, especially when one works the graveyard shift. Managers in aviation, railroading and trucking, for example, have had mandated hours-of-work laws for decades. And more recently they have begun to use complex mathematical models to manage fatigue-related risks.[2]

All of us experience the everyday stress associated with family life, health and finances. Most of us also feel work-related stress associated with bad supervisors, long commutes, inadequate equipment and difficult assignments. But police and corrections officers also must deal with the stresses of working shifts, witnessing or experiencing trauma, and managing dangerous confrontations.

My colleague, John Violanti, Ph.D., a 23-year veteran of the New York State Police, is currently a professor in the Department of Social and Preventive Medicine at the University at Buffalo and an instructor with the Law Enforcement Wellness Association. His research shows that law enforcement officers are dying earlier than they should. The average age of death for police officers in his 40-year study was 66 years of age — a full 10 years sooner than the norm.[3]

He and other researchers also found that police officers were much more likely than the general public to have higher-than-recommended cholesterol levels, higher-than-average pulse rates and diastolic blood pressure,[4] and much higher prevalence of sleep disorders.[5]

So what can we do to make police work healthier? Many things. One of the most effective strategies is to get enough sleep. It sounds simple, but it is not. More than half of police officers fail to get adequate rest, and they have 44 percent higher levels of obstructive sleep apnea than the general public.

See "What is Sleep Apnea?"

Sleep deprivation is dangerous. Researchers have shown that being awake for 19 hours produces impairments that are comparable to having a blood alcohol concentration (BAC) of .05 percent. Being awake for 24 hours is comparable to having a BAC of roughly .10 percent.[7] This means that in just five hours — the difference between going without sleep for 19 hours versus 24 hours — the impact essentially doubles. (It should be noted that, in all 50 states and the District of Columbia, it is a crime to drive with a BAC of .08 percent or above.)

If you work a 10-hour shift, then attend court, then pick up your kids from school, drive home (hoping you do not fall asleep at the wheel), catch a couple hours of sleep, then get up and go back to work — and you do this for a week — you may be driving your patrol car while just as impaired as the last person you arrested for DUI.

Bars and taverns are legally liable for serving too many drinks to people who then drive, have an accident and kill someone. There is recent precedent for trucking companies and other employers being held responsible for drivers who cause accidents after working longer than permitted. It seems very likely that police departments eventually will be held responsible if an officer causes a death because he was too tired to drive home safely.

Sleep and fatigue are basic survival issues, just like patrol tactics, firearms safety and pursuit driving. To reduce risks, stay alive and keep healthy, officers and their managers have to work together to manage fatigue. Too-tired cops put themselves, their fellow officers and the communities they serve at risk.

The number of police officer deaths from both felonious assaults and accidents has decreased in recent years. Contrary to what most people might think, however, more officers die as a result of accidents than criminal assaults. Ninety-one percent of accidental deaths are caused by car crashes, being hit by vehicles while on foot, aircraft accidents, falls or jumping.

We know that the rate of these accidents increases with lack of sleep and time of day. Researchers have shown that the risk increases considerably after a person has been on duty nine hours or more. After 10 hours on duty, the risk increases by approximately 90 percent; after 12 hours, 110 percent.[8] The night shift has the greatest risk for accidents; they are almost three times more likely to happen during the night shift than the morning shift.

Researchers who study officer stress, sleep and performance have a number of techniques to counteract sleep deprivation and stress. They fall into two types:

The practices listed below have been well-received by departments that recognize that a tired cop is a danger both to himself and to the public.

Things Managers Can Do

Things Officers Can Do

Bryan Vila is a professor of criminal justice at Washington State University Spokane and director of the Critical Job Tasks Simulation Laboratory in the Sleep and Performance Research Center. Vila served as a law enforcement officer for 17 years. He has authored numerous research articles and four books, including Tired Cops: The Importance of Managing Police Fatigue.