Shopping Malls: Are They Prepared to Prevent and Respond to Attack? 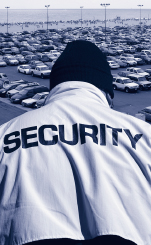 The shootings in an Omaha shopping mall in December 2007 brought home, once again, what security experts have known for decades: retail malls are "soft targets." Based on surveys of private mall security directors and State homeland security officials, researchers reported in 2006 that U.S. retail malls had received "too little attention" from security officials as potential sites for terrorist and other attacks.[1]

An Assessment of the Preparedness of Large Retail Malls to Prevent and Respond to Terrorist Attack, a study funded by the National Institute of Justice, was based on data from the 3-1/2 years after the 9/11 terrorist attacks. It was performed by the Police Foundation, the Vera Institute of Justice, ASIS International, the Midwest Research Institute, Eastern Kentucky University, and Carleton University.

The researchers noted that it is the very nature of retail malls that makes them vulnerable: Large numbers of people, many carrying sizeable parcels, come and go through multiple entrances and exits, making it easy for a shooter to blend in with the crowds. Overseas, open-air street markets—the world's original malls—have similar risk factors. And natural disasters, such as fires, tornados, and earthquakes, pose many of the same security issues for malls. But regardless of the event—natural disaster or attack via automatic weapon, bomb, or chemical or biological agent—casualties in malls can be high. The December 5 shooting at Omaha's Westroads Mall left nine dead and five injured.[2]

In our research, Christopher Ortiz, Robert Rowe, Joseph Broz, George Rigakos, Pam Collins, and I examined the state of private security in U.S. shopping malls in the post-9/11 world. We found significant gaps in the emergency preparedness of malls:

There are several steps that could be taken to be better equipped for all emergency situations, whether terrorist attack, mass shooting and other violent acts, or natural disaster. State homeland security officials, local police, and mall owners and tenants all have roles to play in protecting the Nation's malls.

How the Study Was Conducted

My colleagues and I examined whether malls have become better prepared to respond to incidents since terrorists attacked the World Trade Center and the Pentagon on 9/11. Our investigation—designed to go beyond earlier surveys on mall security—consisted of four parts:

The discussion in this article is based on the two surveys and the legislative analysis. See U.S. Site Visits Confirm Lack of Preparedness, for a discussion of the domestic site visits.

We asked the State homeland security advisors to characterize the level of preparedness of large malls in their States: Of the 33 who responded, 31 percent said "poor," 24 percent said "fair," 27 percent said "good," and 18 percent said "very good."

The most frequently cited reasons for the "poor" rating were inadequate training and equipment, or the opinion that private mall security would be irrelevant during an attack because the responsibility for response would fall to law enforcement. When asked how retail malls could better prepare, nearly half (15) of the security advisors endorsed improved training for security staff and emergency responders.

The need for better training was also cited by the mall security directors. Fifty-two percent of the 120 who responded said that their employees received special training on preventing and responding to terrorism; however, 50 percent also said that their mall's antiterrorism training was inadequate.

In our analysis of State laws—which was performed approximately 3-1/2 years after 9/11—we found that although 22 States had mandated a minimum number of hours of general training for private security officers, no State had mandated specific training on preventing or responding to terrorism.

Our legislative analysis also revealed that, at that time, two-thirds of States required some level of background investigation for prospective security officers, most commonly a criminal history check. Nearly all mall security directors said they required criminal background checks. Slightly more than half (65 directors) responded that they also required drug tests.

Notably, we found that few hiring standards had changed in response to the 9/11 terrorist attacks: only 6 percent of the 120 mall security directors who responded to the survey said hiring standards were made more stringent, and just one in 10 said they required additional background verification.

Our research indicated, however, that many malls had made operational changes to improve security after 9/11. Sixty-three percent of the 120 mall security directors reported, for example, that patrol and surveillance strategies were modified post-9/11, with the most frequently reported change being the increase in security officer visibility.

Sixty of the security directors said their malls had a closed-circuit television system, the large majority of which (81 percent) were used to monitor events in real time (as opposed to taping for later review, if necessary). Thirty percent of the malls had passive barriers, or bollards, to prevent vehicles from breaching the entrance. Nearly half (49 percent) reported that their staff were instructed to be on the lookout for unusual behavior or dress of mall clients, including generally suspicious activity such as taking photos or notes of the facilities, suspicious (such as extra-bulky) clothing, and large or unusual packages.

Nearly three-quarters (73 percent) of the security directors reported that they had protocols for security staff to follow in the event of a disaster. The same proportion reported that these plans included coordinating and communicating with local law enforcement, fire, and medical first responders.

But our research revealed little cooperation in rehearsing emergency response. Only 30 percent of mall security directors held exercises to rehearse emergency protocols with first responders. Fifteen of the State homeland security advisors said they were aware of joint exercises between private security staff in some malls and local police. Only 13 of the State officials were aware of joint exercises between mall security staff and fire or EMT professionals.

The 120 mall security directors reported a low level of support from their State homeland security office in working to improve security. Only 3 percent characterized their State advisor as "very involved" in planning, reviewing, or approving mall security measures. Seventy-eight percent reported that their State security advisor was "not at all involved."

The mall security directors did, however, report that local law enforcement agencies were significantly more involved in mall preparedness than were their State homeland security advisors. Two-thirds characterized their local police as being "somewhat involved" in their security planning. Slightly more than one-third (36 percent) reported that their relationship with local law enforcement had become closer since 9/11.

The majority (63 percent) of security directors said they would welcome more involvement by State homeland security offices and local police, including:

When asked to identify the biggest impediment to improved mall security, the majority of the State homeland security advisors cited cost and lack of funding. Only 16 percent of the mall security directors said that their budgets had increased beyond the rate of inflation since 2001.

How Can Malls Better Prepare?

Private mall security directors and State homeland security officials could take some steps to improve emergency preparedness. Our recommendations include:

These measures would not only help prepare malls against attack, but the risk assessments, emergency plans, and drills would also mitigate the impact of random acts of violence, fires, earthquakes, and other natural disasters.

[note 3] Although we do not claim that the eight U.S. malls we visited were representative of the industry, it should be noted that the malls were geographically diverse: They were located in California, Texas, Wisconsin, and Utah.