NIJ-funded research is helping to strengthen the foundations of forensic science.
Download and print 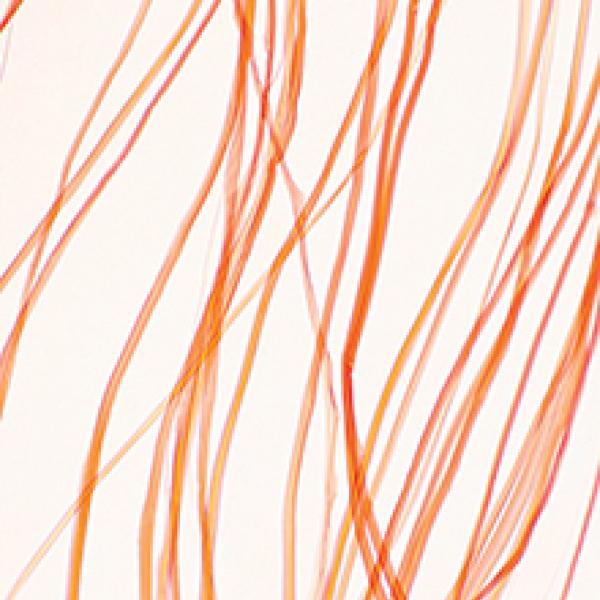 Carpets and their microscopic fibers may soon yield more clues that could make an important difference in criminal cases.

NIJ sponsors research and development efforts that are strengthening the scientific foundations of various forensic disciplines. The projects range from laboratory automation efforts to research on precise measurements of the human body that can help identify people. These efforts spur breakthrough technologies, increase efficiency, improve reliability and determine which existing forensic techniques work well — and which do not work. The carpet fiber research is just one of many undertakings that are bearing fruit.

A New Look at Carpet Fibers

Carpet fibers are often transferred during criminal acts. They may cling to a criminal's shoes during a burglary or a home invasion. They can move from a criminal's home to the clothing of an abducted child or to a victim's body when it is transported in the trunk of a vehicle. By comparing the shape, color and composition of fibers, researchers can see if they came from the same manufacturer.

But prior to NIJ-sponsored research by Stoney Forensic, Inc., there was no widely accepted method to determine whether two fibers came from a specific carpet or location. Manufacturers make and sell large numbers of carpets. Previously, not much could be deduced from the presence of carpet fibers.

The research tested a new idea, taking advantage of the fact that thousands of tiny particles (such as dusts, soils and pollen) collect on virtually every object, including carpet fibers. These very small particles (VSPs) vary greatly, and the potential combinations of such particles are in the billions. This effort tested whether the combinations of VSPs on carpet fibers can be used to enhance their forensic value. Researchers set out to test the notion that VSP analysis could help investigators learn whether fibers found in two different places came from the same carpet, not just the same carpet manufacturer.

The results showed that:

For the first time, investigators have a scientifically verifiable method to determine whether a fiber came from a specific carpet. The same approach can apply to fibers from other sources, such as clothing and linens. Further, because particles are found on virtually every object — including vehicles, weapons and other types of evidence — the door has been opened to determine whether particle combinations on any number of things match. More NIJ-funded research — some of which is already under way — will expand how VSPs can be used as evidence.

NIJ research has helped fill an important information gap in estimating children's age at death. Many of the measurements that forensic anthropologists use today to make such estimates were collected in the early 20th century from a narrow sample of ancestral groups. In addition, people are bigger now than they were then. Also, modern X-ray technology yields more accurate measurements of the human body than the handheld measurement tools of the past. NIJ-funded researchers at Mercyhurst University in Erie, Pa., created a database with measurements based on more than 44,000 radiograph images from almost 10,000 children. Medical examiners and coroners contributed to the effort, and all major ethnic groups and ancestries in the United States are well represented. The new database will help forensic anthropologists because it is more representative of America's increasingly diverse population.

In similar efforts, NIJ research is improving forensic identification by using 3-D imaging of human skulls. For example, in some cases, investigators must determine if a person is male or female based on the skull alone. Researchers at the University of Tennessee constructed 3-D skull models from computed tomography scans of more than 200 people. They identified critical bone measurements that relate to the size and the shape of a skull to help determine a person's sex. This led to the creation of a statistical bone atlas that will help forensic anthropologists determine a person's sex.

Although many of NIJ's forensic research and development efforts aim to develop new or improved technologies and methods, some efforts re-evaluate existing procedures using newer scientific techniques. In one recent case, NIJ sponsored research to evaluate the accuracy of tests that analyze the presence of cocaine analytes in human hair. Some laboratories had been analyzing hair to see if a person had ingested cocaine. However, anecdotal evidence suggested that simply being in an environment where cocaine was present would yield positive results in such tests. This is important for law enforcement agencies that may have officers exposed to cocaine during drug investigations. In the study, researchers at RTI International applied cocaine directly to human hair and then washed the hair multiple times. They then used standard tests and discovered that the hair tested positive for the presence of cocaine, just as it would if someone had ingested cocaine. The researchers also discovered that the cocaine was more persistent in dark-colored hair than in light-colored hair. Because of these findings and related NIJ research, many law enforcement laboratories have stopped using these tests in cases involving adults.

Although improvements in forensic science can be slow and incremental, their effects over time contribute to a better criminal justice system.

NIJ continues to invest in both basic and applied research in forensic science with the goal of strengthening the science by developing highly discriminating, accurate, reliable, cost-effective and rapid methods for identifying, analyzing and interpreting physical evidence.

Between 2010 and 2013, NIJ closed more than 100 forensic science projects by submitting final technical reports for posting. DNA research and development plays a major role in NIJ's forensic science portfolio, but much of the research in the portfolio covers other forensic disciplines: impression evidence, controlled substances, fire and arson investigation, and forensic anthropology, to name a few.

Learn more about forensic research and development at NIJ.

Philip Bulman is a writer and editor at NIJ.