How Do We Know It Works? Conducting a Rapid Research Police Experiment To Test the Effectiveness of Flashing Police Lights on Auto Crime 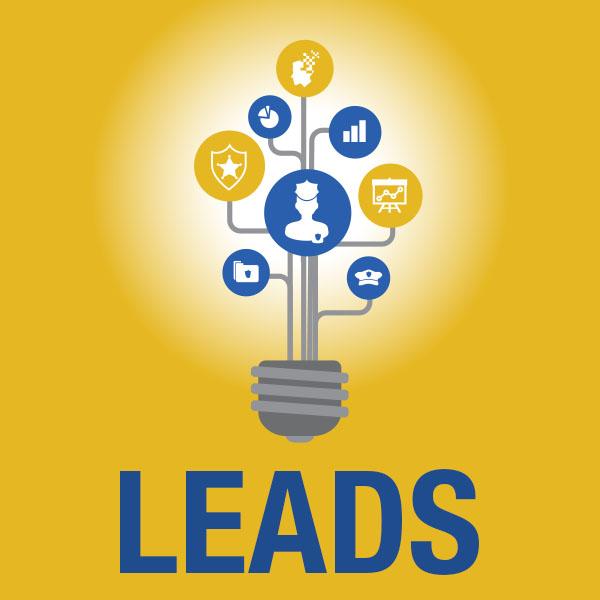 The Vallejo Gateway Plaza Shopping Center in Vallejo, California, has been a hot spot for thefts from automobiles for years. A 25% increase in thefts from 2015 to 2016 led the Vallejo Police Department (VPD) to investigate a new tactic that might help limit crime in this high-crime area.[1] In 2017, we deployed a multitude of police interventions and conducted a quasi-experiment to test deterrence and enforcement strategies. We invested significant effort into this initiative. By deploying GPS bait technology, focused patrol, and undercover surveillance to detect offenders; disseminating paper crime-prevention flyers; investing in an electronic bulletin board to raise awareness; and placing unoccupied police cars in crime hot spots, we reduced crime by 40% in 2017 compared to the previous year.[2]

However, our response was expensive. Increasing the number of law enforcement personnel may generally serve to reduce crime, but the major limitation on this strategy is the cost of resources. Labor and equipment are costly and typically must be justified. In 2017, VPD spent an excessive amount on overtime, GPS technology, rental cars, hidden cameras, and crime prevention awareness advertising.[3] As the research indicates, crime often concentrates in specific locations. If police can target these locations to look for underlying patterns, then positive outcomes might be realized.[4] The analogy often used is that police should “work” a hot spot just as an experienced investigator works a case.[5] Thus, in 2018, VPD chose to implement an approach focused on deterrence and prevention with an eye toward cost-benefit analysis. We aimed to increase effectiveness with the appearance of increased presence through flashing police lights, while tracking the data to see if this new strategy was effective.

VPD sought to test the effect of code-2 police lights on thefts through a practitioner-led research project. Code-2 lights are steadily flashing blue, red, and amber lights on a patrol car that serve to increase awareness and perception of police presence. Increasing the number of law enforcement personnel in the field may generally help to reduce crime, but using more police officers and equipment can become expensive, especially when factoring in overtime pay for personnel. The proposed approach circumvents the major limitation: the cost of resources. Creating the appearance of additional police presence by activating police lights while keeping the number of officers unchanged may cost-effectively achieve crime reduction in hot spots.

We partnered with BetaGov — a research organization at New York University — to measure total auto crime, arrests, motor vehicle registration checks, and citizen contacts that resulted from our intervention. During the study, two police cars were assigned to a high-density shopping center each day for a shift from 12 p.m. to 10 p.m. The 34-day trial started on November 23, 2018, and ended on December 28, 2018 (excluding December 24 and 25). The total number of days was evenly divided into intervention (lights on) and control (lights off) conditions, providing a total of 17 days for each condition. Each day of the trial was randomly assigned to a condition, stratified by day of the week, to ensure an equal number of each condition fell in the early, middle, and late periods of the month. As a result, we provided equal distribution over time to control for any change in crime that might occur naturally over the month. The 34 days of data offered limited statistical power, but there were positive signals that may inform future studies.

Officers followed common police procedures when approaching citizens suspected of committing crimes. However, on intervention days they were instructed to deactivate their flashing lights if officer or citizen safety required it. We captured stops, arrests, and motor vehicle registration checks by looking at data associated with each officer’s unique call signal. We ensured that officers were following the condition for the day (lights on or off) by spot-checking. Spot-checks witnessed a 100% compliance rate with experimental conditions. Officers were told of the condition by a text message reminder an hour before their shift. We did not control for the fact that officers knew whether they were in the intervention or control group (i.e., participants were not blinded).

Crime associated with motor vehicles is a problem for cities across the United States, and especially in California. Circumstances that contribute to the risk for motor vehicle crime include the presence of large parking lots, parking lots with several entry and exit points, inadequate street lighting, and parking locations near freeways. Limiting opportunities for individuals to burglarize a car without getting caught is essential to reducing motor vehicle crime.[6] At VPD, we aimed to make it less attractive for thieves to commit motor vehicle crimes by having visible officers patrol a high-density shopping center with their lights on.

Police and businesses have taken other measures to reduce motor vehicle crime. Target-hardening strategies — such as installing additional lighting in parking lots and on streets, increasing patrol in known crime hot spots, and prohibiting parking after business hours — appear to help prevent cars from being stolen or broken into.[7] However, most of these measures are costly and require location-specific data to be effective. For example, implementers must consider where lighting needs to be installed, where (if any) crime hot spots exist in a city, and what level of additional police presence is required to lower crime rates.

We demonstrated that an observable law enforcement presence is associated with reduced auto crime — particularly auto theft. Accordingly, simply by improving visibility, police departments may be able to decrease risky pursuits, traffic stops, and related arrests. It is possible that better police relations could also result from deterrence strategies that reduce adverse contacts between communities and police and create the perception of increased safety.

This study also had several limitations that should be considered for improving future research. First, the 34 days of data offered a relatively small sample size, even though the results align with the findings of a previous randomized controlled trial in Connecticut.[8] Second, among study participants there was some apathy about increasing visibility; some officers believed that offenders would know their locations and commit crimes somewhere else. Third, there was concern about confusing the public by keeping police lights on while driving between different locations in the high-density lot. The solution was to allow the officers discretion to activate lights while in the lots only. Fourth, since the study hours ran from noon to 10 p.m., lights activated during the daylight hours were less visible than at night. Finally, no community survey was conducted in connection with this experiment, so it is uncertain whether the lights-on days increased police legitimacy or provided a perception of increased safety within the community.

There is no cure-all to the challenges of crime reduction and police legitimacy. Policing is based mostly on “culture, politics, law, agency-specific values, and public opinion,”[9] but the hope is that by continually analyzing and assessing data we can better understand the impact of our responses. Using the best available evidence to strategically inform our long-term decisions can help us improve public safety by optimizing crime reduction.[10] We still have a long way to go in regard to embracing data in policing. If Billy Beane of the Oakland A’s can face resistance to embracing data and analysis in professional baseball despite being widely successful, then we in policing should not be surprised that our profession still emphasizes experience and tradition while viewing evidence-based approaches with skepticism.[11]

We showed that we could meet the challenge of a city working to reduce its crime without overextending its budget. We were able to target, test, and track our data to see what strategies were most effective. More importantly, we demonstrated that we could conduct rapid, rigorous, and well-executed research without reducing the efficiency and adaptability of our efforts. Finally, our intervention may inform future studies, all while successfully reducing crime and making the holiday season in our city safer for residents and visitors.

Jason Potts is a captain with the Vallejo Police Department, where he has served for 19 years. He is presently the commander of the Investigations Bureau, where he leads the department’s detective division, emergency services unit, and community services section. Potts is also a military reserve special agent with the Coast Guard Investigative Service.

Potts serves on the executive board of the American Society of Evidence-Based Policing. He is also a Police Foundation fellow and an NIJ LEADS alumnus. Potts earned a Master of Advanced Studies in criminology, law, and society from the University of California – Irvine.