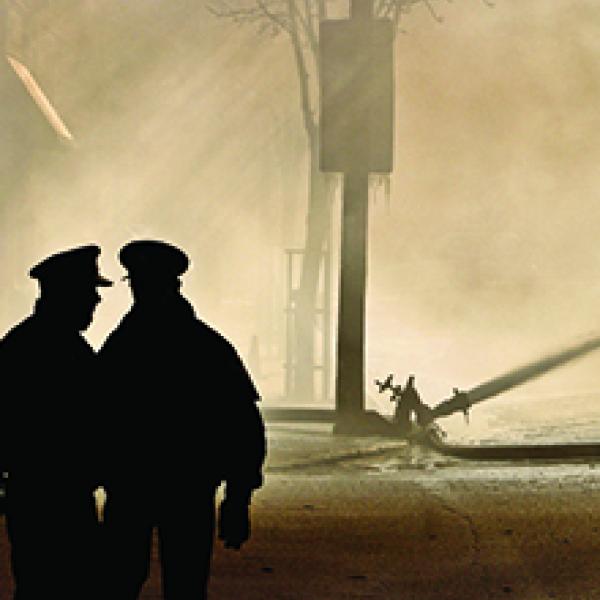 The Sept. 11 terrorist attacks compelled many local law enforcement agencies to rethink their function as they were called upon to "respond to suspicious situations, uncover terrorist networks, and work with other agencies and jurisdictions in unprecedented ways," all in the interest of homeland security.[1] During the post-9/11 years, their role expanded even further through a series of presidential directives and homeland security initiatives. Police were asked to help prepare for, respond to and recover from a range of nonterrorist threats, including natural (such as weather) and human-caused (such as a chemical spill) disasters and emergencies. For instance, local police played a critical role as Hurricanes Katrina and Rita ravaged the Gulf Coast within a month of each other in 2005.

We know little about small agencies' ability to handle this broader range of homeland security threats.[2] Research shows that preparedness in local police agencies is directly related to agency size: Larger organizations tend to take more steps to prepare for, respond to and recover from homeland security incidents.[3] This suggests that smaller agencies may be less prepared, but it does not take into account whether they compensate through close relationships with large-agency peers. A small agency located near larger agencies, for example, may benefit from a network of partnerships, training opportunities, model homeland security policies and other advantages not available in isolated, less metropolitan areas.

An NIJ-funded study sought to determine whether small local law enforcement agencies (defined here as those employing one to 25 full-time officers) improve their level of preparedness if they are geographically close to and interact with bigger-city peers about homeland security issues.

The survey asked the chief executives to identify which of the following commonly prescribed actions their agency had taken to prevent, respond to and recover from homeland security incidents:

Respondents were also asked to describe how often their agency and their large-agency peers:

Finally, the survey asked whether the small agencies faced problems similar to those their large-agency peers encountered and whether they modeled their policies and practices after those of larger agencies.

What the Study Found

The researchers found that small jurisdictions that collaborated and developed relationships with nearby large jurisdictions were better prepared than small agencies that did not engage with larger peers.

It is important to note that although many people assume that small agencies are rural or isolated, nearly half are located within metropolitan counties.[5] Small, isolated agencies were less likely than their more metropolitan peers to develop strong or frequent ties to large agencies.

Small, geographically isolated agencies, however, can still cultivate relationships with larger police departments to enhance their preparedness. The study found that physical distance between a large agency and a small one mattered only to the extent that it discouraged the frequent interactions that seem to cultivate greater preparedness. But geographic separation did not — by itself — reduce preparedness in small jurisdictions.

The study did not determine whether the benefits of physical and relational closeness to large agencies can be sustained over a long period of time. Is enhanced preparedness fleeting, a product of increased attention to homeland security that will wane over time? This question is a particular concern for "asymmetrical collaborations" that produce advantages for some parties but disadvantages for others. For example, there is tremendous incentive for small departments to participate and coordinate with large-agency peers. The small departments reap the rewards associated with size, including extra resources and training opportunities. Large agencies, however, are unlikely to benefit as much, because they are presumably providing more resources and personnel to assist smaller agencies than they are getting in return. The likelihood that a large agency would be called upon to lend aid is substantial and the impact appreciable; smaller agencies may be less likely to need to aid larger peers and, when called to do so, would have fewer personnel and resources to offer.

Policymakers, such as federal and state legislators or those administering federal and state agencies, can equalize the incentives for all agencies by funding task forces, partnerships or other collaborations that promote interaction and absorb its costs, thereby indirectly encouraging small agency preparedness. Similarly, funding for equipment for large agencies could stipulate regional sharing in times of need or the donation of equipment to smaller agencies over time. In these situations, both large and small organizations benefit.

The study also found that small police agencies made a conceptual distinction between nonterrorism- and terrorism-related preparedness. Small jurisdictions that saw themselves at greater risk for terrorism interacted more frequently with their big-city peers specifically to address terrorism risks, but not necessarily to address nonterrorism risks such as natural disasters. This is surprising, given the all-hazards approach used in homeland security literature and training. Nevertheless, preparing for terrorism risks improves an agency's overall preparedness for any type of homeland security event, including those that are not terroristic in nature.

[note 4] Data from the Census of State and Local Law Enforcement Agencies (2004) and other sources were used to compare respondents and nonrespondents on 36 dimensions. Only three of these comparisons were statistically significant, and effect sizes were small, suggesting no significant response bias exists.