Does Cognitive Behavioral Therapy Work in Criminal Justice? A New Analysis From CrimeSolutions

An analysis of programs and practices in CrimeSolutions finds that cognitive behavioral therapy can deter crime, assist victims and prevent recidivism.
Download and print 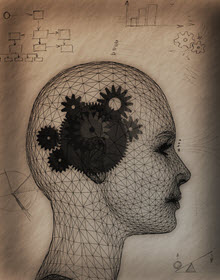 Perhaps no other intervention has attracted more attention across the criminal justice system than cognitive behavioral therapy (CBT). First widely used in the latter half of the 20th century, as large numbers of people with mental illness were deinstitutionalized and treated in community settings, CBT has since found its way into nearly every aspect of the justice system, often supplementing or displacing other programs and interventions. Practitioners today use CBT to reduce recidivism among adults and juveniles; help victims deal with the aftermath of crimes; and address substance abuse, depression, violence and other problematic behavior.[1]

So what is CBT? And more importantly, does it work?

CBT focuses on providing, through individual or group therapy, the means to correct flawed cognitive-behavior processes. A key goal of CBT is to help people make better behavioral choices by understanding the way they think. Once people become more cognitively self-aware, CBT theorists argue, they can learn strategies to help them refrain from problematic behavior and make wiser behavioral decisions.

Rigorous evaluations have examined CBT-based interventions in criminal and juvenile justice. You can find many of these evaluations in NIJ's CrimeSolutions, the U.S. Department of Justice clearinghouse for what works, what doesn't and what's promising in criminal justice, juvenile justice and crime victim services. CrimeSolutions uses research to rate the effectiveness of programs and practices in achieving outcomes as "Effective," "Promising" or "No Effects." Programs and practices may also be classified as "Insufficient Evidence."[2]

To better understand what the evidence tells us about using CBT in criminal justice, we reviewed and tabulated 50 individual programs and eight "practices" (or meta-analysis results) in CrimeSolutions that incorporate CBT as a central part of the intervention.[3] These programs and practices address a range of issues and populations, and they differ in their CrimeSolutions ratings. But the overall evidence in CrimeSolutions is clear and consistent: Individual CBT programs that have been rigorously evaluated are effective at deterring crime, assisting victims and preventing recidivism.[4]

You can perform a similar analysis using other CrimeSolutions topics of interest.

A Closer Look at the CBT Programs

Focusing first on the 50 CBT programs, we looked for program features that might be linked to effectiveness, such as clients served, topic area and whether CBT was the program's primary or secondary focus. We also looked for any common attributes among programs rated "Effective."

We also examined the gender of clients CBT programs served but found little variation: CBT programs are comparable in effectiveness for either gender.[6]

The CBT programs cover seven topic areas (see Table 2), and nearly every topic area includes programs rated "Effective" and "Promising." However, corrections and re-entry, crime and crime prevention, and victims and victimization have larger numbers — and higher proportions — of "Effective" or "Promising" interventions. Only a small number of the CBT programs in CrimeSolutions deal with sex offenders or domestic violence, and although most of these are rated "Promising," none are rated "Effective."

*The total counts add up to more than 50 because programs fall into multiple categories.

Thirty-five of the 50 CBT programs in CrimeSolutions feature CBT as the primary focus of the intervention (see Table 3). The remaining 15 interventions use CBT along with other intervention strategies or therapeutic modalities, such as lifestyle and life skills training, medication management, or day treatment programs. The programs in which CBT is a primary feature were more likely to receive "Effective" ratings than were programs in which CBT is a secondary feature or is used in combination with other therapeutic approaches.

We also found this pattern among the 24 programs targeting juveniles: Programs using CBT as a primary feature received more "Effective" ratings than those using CBT as a secondary feature. The pattern did not hold among the 15 adult-focused CBT programs.

What Do the CBT Practices Tell Us?

We also examined evidence from eight CrimeSolutions CBT practices, which incorporate results from 18 different meta-analyses. These meta-analyses, in turn, contain results from 299 evaluations of individual programs.

See "'Practices' and Meta-Analyses in CrimeSolutions."

Limitations to Our Analysis

Studies we may have excluded: CrimeSolutions reviews and screens crime and justice research to find studies showing program effectiveness. The screening process intentionally focuses on finding, reviewing and rating programs with strong research designs. Thus, programs using less robust designs — such as weak quasi-experimental comparisons or case studies — are not in CrimeSolutions.

Though we strive for breadth and inclusiveness in our search, we may miss some publications that are outside the mainstream channels. More problematic, however, may be the tendency to publish research findings that confirm results from evaluations of effective programs while banishing "null" or mixed findings from journals. Thus, there may be "No Effects" studies that do not show up in our literature searches.

In addition, due to resource limitations, CrimeSolutions cannot review and rate every evaluation study. NIJ prioritizes recent studies that are most likely to provide strong evidence on the question of effectiveness, based on evaluation design. As a result, CrimeSolutions may not show a complete picture of all available program evaluations, but it likely provides a guide to the best, most rigorous evidence.[8]

Making comparisons across CBT programs: Part of the challenge of compiling evidence across individual studies is that we might overlook subtle program differences. For example, we examined 26 programs focused on crime prevention and 19 programs focused on substance abuse prevention. These are compilations of results from evaluations of different interventions attempting to prevent crime or stop substance abuse. The programs all use CBT, but they may differ in important ways.

Multiple independent studies of the same intervention or program (typically referred to as "replications"), in which the CBT intervention is delivered the same way with fidelity in all studies, would be ideal, but that just has not occurred in criminal justice research. So our challenge is to try to discern patterns of effectiveness across a variety of interventions that use CBT in some way, on some population, to prevent crime or substance abuse.

The power and complexity of meta-analyses: Crime and justice evidence gets more complicated yet potentially much more powerful when we turn to meta-analyses. Meta-analyses typically have strict parameters for the sources scanned, the types of studies included (for example, randomized controlled trials or quasi-experimental designs), the range of publication dates included, how program effects are calculated and weighted, and other considerations. These parameters often differ from one meta-analysis to the next. A single practice in CrimeSolutions can incorporate results from several meta-analyses, bringing together dozens — even hundreds — of individual evaluations with varying parameters. As such, it is difficult to boil down all of this fine-grained research and provide a simple answer to a complex question like "Does CBT work?"

So Does CBT Work in Criminal Justice?

Several months ago, a colleague asked us, "So, don't we have enough evidence to say that CBT works in a justice context?" That discussion led to this article. Our conclusion, based on our examination of the 58 CrimeSolutions programs and practices, is "yes — in some cases."

CBT appears to be more effective with juveniles. This is consistent with the conceptual basis of CBT: Adults may have developed more deeply rooted maladaptive cognitive processes that may be more difficult to change. CBT also appears to be consistently effective in helping crime victims deal with trauma. And there is good evidence that CBT, in the controlled setting of a prison therapeutic community, can reduce the risk of reoffending.

The practices offer mixed evidence on the use of CBT for treating sex offenders, and we found "No Effects" ratings for CBT in preventing domestic violence reoffending. Among the individual programs, even in the areas with the strongest evidence that CBT works, there are still ineffective CBT programs: Of the 50 programs we reviewed, six received "No Effects" ratings and seven offered "Insufficient Evidence" to reach a conclusion about program effectiveness (see Table 1).

Crime and justice policies and programs should be informed by the most rigorous evidence available. The goal of CrimeSolutions is to help clarify the growing body of evidence for interventions like CBT for practitioners and policymakers. Overall, we found that CBT is effective at deterring crime, assisting victims and preventing recidivism. Some of the strongest evidence we found about CBT offers effective strategies to help crime victims recover from the trauma of victimization. Our analysis is consistent with what researcher Mark Lipsey pointed out in his seminal work on the subject: Like other therapeutic interventions, CBT is more effective than punishment-based responses to prevent reoffending. Also, by effectively addressing recidivism and reoffending, CBT programs can provide additional benefits to potential crime victims by preventing future victimization.[9]

If program evaluations — particularly rigorous designs, like randomized controlled trials — are powerful jet engines that deliver strong evidence for policy and practice, then meta-analyses are jet-fueled supertankers, capable of carrying more payload and traveling farther to bring a rich bounty of evidence to bear on policy and practice decisions. Yet often in criminal justice, we do not have the evidence payload we need — individual rigorous evaluations, performed with exacting care on stable intervention models and replicated with fidelity — to deliver the evidence to inform practice and policy. Although the body of evidence for CBT in justice settings is relatively large, there remain research gaps, diverse program models with few strict replications, and failed evaluations that provide insufficient evidence of effectiveness.

Some might say these different studies provide a useful diversity of CBT strategies from which we can try to learn whether CBT works. However, bringing evidence to bear on policy and practice also means informing choices of which version of CBT is more effective in a given setting, for a given issue, on a specific population, or which modifications of a given CBT program are linked to greater effectiveness. For CBT and other justice interventions and programs with even less evidence, we must do much more to cultivate and assemble a coordinated, interrelated and comprehensive body of applied research if we are to answer the practical question "Does it work?"

For the latest on what works in criminal justice, juvenile justice and crime victim services, visit CrimeSolutions.

[note 2] "Insufficient Evidence" programs were determined to have insufficient evidence for a rating to be assigned; the program could not be judged effective or ineffective. See About CrimeSolutions for detailed information about program and practice ratings.

[note 4] View a detailed listing of these 58 CBT programs and practices.

[note 6] Thirty-seven of the 50 CBT programs in CrimeSolutions serve both males and females; the remaining programs are about equally divided between male-only and female-only clients.

[note 7] For more information about specific outcomes and other practice features, see the list of practices on CrimeSolutions.

[note 8] Generally, CrimeSolutions includes all recent rigorous evaluations on a given crime or justice issue. Exceptions may occur when many evaluations have already been conducted, and additional studies may largely be redundant with evidence already included in CrimeSolutions.

Thomas Feucht is an executive senior science advisor at NIJ. Tammy Holt, an associate with Booz Allen Hamilton, serves as a subject matter expert for CrimeSolutions.