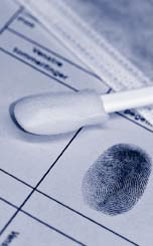 Policymakers are increasingly coming to grips with legal issues related to taking DNA samples from people who have not been convicted of crimes.

The practice of taking DNA samples from convicted criminals is now largely uncontroversial. The courts have routinely upheld laws that authorize DNA collection from both current and formerly incarcerated persons, and the resulting databases of DNA have become powerful tools to analyze forensic evidence collected from crime scenes. The databases help to clear innocent suspects and redirect law enforcement officials away from unproductive investigations.[1] They also help to convict guilty criminals and clear the wrongfully convicted.

A trend that is causing significant debate is gathering DNA samples from people who are arrested but not convicted. About 20 states and the federal government have passed legislation that requires DNA collection upon arrest. This legislation has raised concerns that crime laboratories may be unable to manage an influx of samples from a new source and that preconviction DNA collection may violate Fourth Amendment privacy guarantees.

Some people worry that collecting DNA creates the potential for abuse of genetic information stored in databases. Others point out that the federal and state privacy laws and penalties that apply to crime labs are stringent — far more stringent than the rules governing private entities that collect blood and saliva for medical or insurance purposes. Additionally, crime labs process only the DNA that applies to human identification. They do not process DNA that identifies predisposition to diseases. Indeed, most crime labs are incapable of doing that kind of DNA processing.

Proponents of laws to collect DNA from arrested persons say these laws are no different from the long-standing, routine practice of taking fingerprints of arrested suspects. Law enforcement officers run fingerprints against national databases to confirm a suspect's identity and learn of any outstanding warrants against the person. Fingerprints remain on file unless a person makes a formal request to remove them. Proponents believe that taking DNA samples should be thought of in the same way and that the process will yield similar benefits.

See "The Growth of DNA Collection From Convicted Persons."

The DNA Fingerprint Act of 2005 requires that, beginning January 1, 2009, any adult arrested for a federal crime provide a DNA sample.[2] The law also mandates DNA collection from persons detained under the authority of the United States who are not U.S. citizens or are not lawfully in the country.

Even before passage of the act, five states — California, Louisiana, Minnesota, Texas and Virginia — had statutes that mandated collecting DNA from people arrested for various qualifying offenses. Although some states limit preconviction DNA collection to violent offenses or sex crimes, other states include all felonies, and some extend the requirement to misdemeanors as well. States' legislation requiring preconviction

DNA collection varies. Variations include the types of crimes for which samples are collected, applicability of the law to juveniles and procedures for deleting profiles. Some state laws have faced Fourth Amendment challenges in court.

After law enforcement officers collect a DNA sample, laboratory technicians translate the sample into a DNA profile (a numerical sequence). It is that profile, and not the genetic material itself, that enters the DNA database. The information contained in the DNA profile does not predict or identify physical characteristics, race, medical disorders or genetic disorders. The profile remains in the database if a court convicts the person. But what happens if the person is not convicted? That depends on the jurisdiction.

All states with laws allowing preconviction DNA sampling provide a way to expunge profiles if an arrest does not result in a conviction. Nine states automatically expunge a DNA profile if there is no conviction. However, many states require the person to request that their profile be expunged.[3] Louisiana, for instance, requires the person to provide a written request with a court order to expunge the profile.[4] Federal law similarly requires the person to ask that the profile be expunged. The person must provide a certified copy of the "final court order establishing that the charge was dismissed, that it resulted in an acquittal or that no charge was filed within the applicable time period" for each charge.[5] Most states require a written request and certified court order to purge a DNA profile if a conviction is reversed on appeal and the case dismissed.

Federal law imposes a fine of $250,000 or a year's imprisonment for each instance of wrongdoing involving unauthorized use or disclosure of DNA data collected in a convicted person or arrestee database. States similarly have penalties, and these vary widely in both fines imposed and imprisonment. State laws also vary with regard to how samples may be used beyond law enforcement and quality control purposes. Many states explicitly provide for other uses, such as identification of missing persons, identification of remains from natural or mass disasters, and statistical research. Several states, including some states with statutes authorizing DNA sampling from arrestees (e.g., South Dakota, Texas and Vermont), prohibit the use of samples for predicting or identifying medical or genetic disorders.[6]

Some concerns about collecting preconviction DNA samples do not relate directly to the potential misuse of collected information or genetic privacy. Rather, they focus on Fourth Amendment search and seizure issues. The Fourth Amendment guarantees "the right of the people to be secure in their persons, houses, papers, and effects, against unreasonable searches and seizures."[7] Usually, a "search" is interpreted to require probable cause and a warrant or, at minimum, individualized suspicion.[8] Courts have viewed collecting and analyzing DNA as a "search" in Fourth Amendment challenges to DNA databases.[9] However, the courts have not definitively settled the legal status of preconviction DNA sampling.

Two states — Virginia and Minnesota — have seen challenges to their preconviction DNA collection statutes along this line of argument. The courts have come down on opposite sides of the issue. The Virginia case, Anderson v. Commonwealth, involved a DNA sample taken from Angel Anderson when he was arrested for rape in 2001.[10] His sample matched another in the state database — one from the crime scene of an unsolved 1991 rape. Anderson was subsequently convicted of the earlier offense. He appealed his conviction on Fourth Amendment grounds, arguing that taking the sample constituted a search that was not based on reasonable suspicion, as it was unrelated to the crime for which he had been arrested.

The court disagreed with Anderson. It ruled that Virginia's law accorded with the Fourth Amendment under the "established principle that a search incident to arrest is permissible within the Fourth Amendment and that such a search may include an attempt to identify the arrestee."[11] The court cited a 1992 Fourth Circuit case that held the suspect's identity "is relevant not only to solving the crime for which the suspect is arrested but also for maintaining a permanent record to solve other past and future crimes."[12]

A month after the Virginia decision, Minnesota's Court of Appeals held that Minnesota's DNA statute violated the Fourth Amendment in In re Welfare of C.T.L. When C.T.L. was arrested, the police had a judicial determination that probable cause supported criminal charges but did not have a similar determination that probable cause supported issuing a search warrant. C.T.L. refused to give police a DNA sample after being charged with assault and aiding and abetting robbery.[13] The court agreed with C.T.L.'s argument that the collection would violate his Fourth Amendment rights and held that in the absence of a search warrant, a criminal charge alone was insufficient to permit taking a DNA sample.[14]

With regard to the federal law, in the first case of its kind, a federal judge in California ruled that it was constitutional to take DNA samples at the time of arrest for a felony and that the federal law did not violate the Fourth Amendment.[15] The case involved a man accused of possessing child pornography on his computer. The judge wrote that the invasive nature of obtaining a DNA sample was minimal and likened it "to taking fingerprints as part of the routine booking process upon arrest."[16] He further noted that "an arrestee's identity obviously becomes a matter of legitimate state interest" and acknowledged some of the common concerns about preconviction DNA testing: "While fears of a 'Big Brother" style government harassing or persecuting individuals based on genetic characteristics is always theoretically possible, that is not the purpose of the amendments before the court, nor is it at all likely."[17]

The Constitution protects citizens against unreasonable searches. The balance of reasonableness depends on weighing the extent to which an individual's privacy is violated (that is, the degree of intrusion) against the state's interest in fulfilling the search.

Both American and European courts are grappling with the issue. On December 4, 2008, the Grand Chamber of the European Court of Human Rights ruled against the United Kingdom in a privacy case. "In conclusion, the Court finds that the blanket and indiscriminate nature of the powers of retention of the fingerprints, cellular samples and DNA profiles of persons suspected but not convicted of offences, as applied in the case of the present applicants, fails to strike a fair balance between the competing public and private interests and that the respondent State has overstepped any acceptable margin of appreciation in this regard. Accordingly, the retention at issue constitutes a disproportionate interference with the applicants' right to respect for private life and cannot be regarded as necessary in a democratic society."[18]

DNA is undoubtedly valuable in identifying criminals and solving crimes. The use of DNA to clear innocent people and convict guilty ones has produced remarkable results. But the issue of balancing the costs and benefits of preconviction DNA collection remains open to debate.

Sidebar: The Growth of DNA Collection From Convicted Persons

When Congress passed the DNA Analysis Backlog Elimination Act of 2000, it approved a new program of federal aid to states to help them clear their backlogs of DNA samples. The law also approved the collection, analysis and indexing of DNA samples from people convicted of federal crimes.

Today, all 50 states have passed their own statutes that require certain persons convicted of a crime to provide a DNA sample for inclusion in CODIS, the federal Combined DNA Index System database, and state databases after conviction. Indeed, many states, beginning with Colorado in 1988, had statutes mandating DNA collection from various persons convicted of a crime post-conviction that preceded the federal government’s move. Often these laws began with a focus on people convicted of sex offenses (and today, all states collect DNA from people convicted of sex offenses), although Virginia made its legal debut in this arena with a law mandating collection from all convicted felons.

Congress set up CODIS in 1994 through the Violent Crime Control and Law Enforcement Act. The Federal Bureau of Investigation runs CODIS, which combines DNA databases from the local, state and national levels. CODIS acts as a central repository for DNA data and allows laboratories across the country to compare DNA profiles. Qualifying offenses for compulsory DNA collection from convicted persons vary by state (that is, offenses for which a convicted person must supply a biological sample). Only three states — Idaho, Nebraska and New Hampshire — do not provide for collection in all felony convictions. Most states also require collection following conviction for some misdemeanors.

[note 3] Colorado seems to have come to an interesting compromise. The former arrestee must initiate the expungement process, but if the profile is not expunged, the state must pay him or her $25,000. Colorado's law does not go into effect until 2010, however, so the relative merits of such a system will not be evaluated for some time.

Sarah B. Berson is on the communications staff of the National Institute of Justice. She received her Juris Doctorate from the University of Virginia School of Law in 2008.