In neighborhoods with collective efficacy, neighbors agree on what is acceptable behavior and reinforce it in each other.
Download and Print 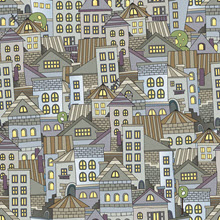 Collective efficacy is the glue that binds neighborhoods together. It helps explain why some communities fight crime and disorder and others do not. It can be small actions, such as asking questions of strangers, calling the police when a neighbor needs help, shoveling snow off an elderly neighbor's driveway and attending city council meetings. Local governments and police departments can work with community members and organizations to take larger actions to eliminate nuisances and help improve collective efficacy: cleaning up litter and graffiti, repairing and restoring dilapidated houses, and bringing in new businesses.

What Makes a Neighborhood?

Neighborhoods are principally defined by the people who live in them. They are areas within cities where children attend school, play and grow up. Adults live and work there and form friendships. Neighborhoods offer schools, churches, libraries, community centers, parks, stores, child care centers, entertainment facilities and other "anchor points" where neighbors meet and socialize.

However, some neighborhood establishments can create problems. Bars, pawnshops and liquor stores, for example — and even public transportation centers, shopping centers and fast food restaurants — can attract or generate crime. Certain types of locations may serve as anchor points in one neighborhood but crime hot spots in another. A park may be where children play, adults exercise and families picnic — or it may be where drugs are sold, gangs hang out and criminals commit violent crimes.

Social cohesion describes how residents think and feel about their neighborhood: Do people get along with their neighbors? Can they count on each other's help when there is a problem? Do they get together for holiday dinners? Do they babysit each other's children? Do they walk in the local park after dinner? Do they think their children are being taught well in school? Do they feel safe? Can students go to the library after school? Residents' care and concern for each other's welfare provide the social glue that holds a community together.

Some neighborhood characteristics promote social cohesion: high levels of home ownership; a core of stable, long-term residents; the presence of extended families; close friendships among neighbors; good schools; people who attend local centers of worship; and the use of amenities such as parks, recreation centers and libraries.

Together, social cohesion and collective efficacy are the qualities that distinguish well-functioning, harmonious neighborhoods from poorly functioning, disordered ones.

Uchida and his team applied new statistical techniques that look at neighborhoods in smaller geographical areas of six to 10 square blocks and can point to where and how to intervene to reduce crime and build up communities. In addition to the in-person resident surveys, trained research staff conducted systematic walkthroughs of street segments in each of the eight neighborhoods, observing resident activity as well as any vacant buildings, litter and graffiti.

All of these data led to a number of important findings. The researchers found that generally, homeowners, older residents and others who used neighborhood facilities, volunteered and attended community meetings were more likely to see their neighborhoods as having social cohesion, whereas renters, younger residents, women and those who relied on income assistance perceived lower levels of collective efficacy and social cohesion.

The researchers offered policy recommendations to help neighbors come together to reduce crime and build up neighborhoods.

Invest in research and evaluation. Community leaders, police, policymakers, elected officials and other stakeholders can engage researchers in surveying residents to learn how they feel about their neighborhoods. Information on neighbors' concerns can help community leaders and police find ways to promote the overall well-being of neighborhoods. Examining police data (e.g., crime incidents and calls for service) can also help leaders more effectively respond to residents' concerns and possibly reduce crime. Finally, researchers can look at how to configure traffic patterns, common and private spaces, and other neighborhood features to reduce disorder and enhance neighborhood safety.

Engage in problem solving. Stakeholders can use the data gathered in community surveys to identify problems, craft solutions and assess responses. They can apply these data to focus interventions on specific areas or groups of people and then use data to determine whether the focused interventions and community responses have improved neighborhood conditions.

Target problems and interventions. Interventions can focus on smaller areas within neighborhoods with lower social control by filling in and building up those areas. Areas for filling in are those that function poorly, where community-building efforts can be focused. Building up focuses on areas that function well within a distressed community and how their residents can be mobilized to improve the poorly functioning areas nearby. By continually bringing in residents and building outward, communities can improve the entire neighborhood.

Restore anchor points. Residential surveys can identify public spaces where residents socialize, talk about what is going on in the neighborhood and become friends. Police, city officials, individuals and community organizations can work together to find the resources to repair and improve parks, community centers, recreational areas and other public spaces. They can also help enrich neighborhoods by sponsoring and organizing regular activities that encourage residents to use these spaces (e.g., a day at the park, picnics).

Organize the community and encourage volunteerism. Communities often organize themselves to combat crime and promote safety because of a general issue (e.g., crime) or a specific need (e.g., to reduce drunk driving or residential burglaries, or to ensure school safety). Police can promote residents' involvement in community advisory boards, neighborhood watch programs, police athletic leagues and similar efforts. Maps and surveys can locate residents of poorly functioning neighborhoods who care about the community and will volunteer to help it improve. Community and service organizations can recruit these individuals and encourage their efforts.

Brian R. Higgins, a writer-editor with Lockheed Martin, passed away last year. He contributed significantly to a body of work produced through the National Criminal Justice Reference Service and available on NCJRS.gov. Joel Hunt is a senior computer scientist in the Office of Science and Technology's Research Division at NIJ.