Postconviction DNA Testing Is at Core of Major NIJ Initiatives 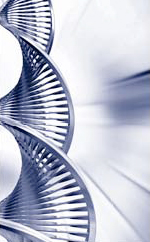 DNA technology has become one of the most powerful tools to ensure that justice is done through our criminal justice system. It helps identify offenders and eliminate innocent suspects. Increasingly, DNA is also used to exonerate the wrongly convicted.

When this issue of the NIJ Journal went to press, postconviction DNA testing had been used to exonerate 225 people in the United States, according to the Innocence Project.

But using DNA in a postconviction environment presents many challenges.

Biological evidence remains stable when it is properly collected and stored, and scientific advances in DNA technology make it possible to reanalyze evidence in closed and cold cases. But proper maintenance and storage of evidence can be a challenge for police agencies and forensic laboratories with limited space and even more limited budgets. The good news is that there is a national trend to reevaluate the way biological evidence is preserved.

Another challenge is the many samples that still await DNA testing in crime labs and police evidence rooms across the country. Learn more about NIJ's ongoing efforts to reduce the backlog of evidence samples.)

And, finally, even if evidence was tested for DNA at the time of an investigation and trial, new, more sensitive techniques may have been developed since then that could yield different results. For example, hair — which previously only could be examined microscopically — can now be tested for DNA.

Today, the responsibility for requesting DNA testing on a closed case lies primarily with the person convicted. Although 44 states have laws to allow postconviction DNA testing, the conditions under which this can be done vary widely. Some states allow testing if the DNA technology was not available at the time of trial and a DNA test could demonstrate "actual innocence." Other states permit testing if there is a reasonable probability of a favorable verdict or if DNA exclusion would be relevant to the defense.[1]

It is possible that the nation's highest court will soon have something to say about the right to postconviction DNA testing. In November 2008, the U.S. Supreme Court agreed to review a case regarding a person's constitutional right to have DNA tests of evidence after conviction. William Osborne, an Alaskan man who was found guilty of a 1993 kidnapping and rape, is claiming a right to have advanced DNA testing performed — methodologies that were not available at the time of his trial — to prove his innocence. The 9th Circuit Court of Appeals agreed with Osborne (who currently is serving a 26-year sentence), but the state appealed that decision to the Supreme Court, arguing that the lower court wrongly created a federal right to postconviction DNA testing.[2]

The National Institute of Justice (NIJ) is working to solve some of the challenges in postconviction DNA testing. In 2008, NIJ awarded nearly $8 million to five states — Arizona, Kentucky, Texas, Virginia and Washington — to identify eligible cases and help defray the costs of postconviction DNA testing.[3] States can use the money to review murder and rape cases, locate evidence, or analyze DNA in cases in which the innocence of a convicted person may be demonstrated through DNA. As these five states proceed with their work, NIJ will monitor their efforts and identify lessons learned for the rest of the country.

Although those five grants were an important first step, NIJ is seeking to help many more states apply for federal assistance.[4] Last year, NIJ assembled a steering committee of criminal justice experts from the American Judicature Society, the Innocence Project, the National Association of Criminal Defense Lawyers, the National District Attorneys Association and other key stakeholders. The committee helped NIJ develop the agenda for a symposium to identify strategies to overcome challenges presented by postconviction cases in state and local jurisdictions. The symposium was held in January 2009 and was attended by prosecutors, defense lawyers, laboratory personnel and Innocence Project advocates from nearly all 50 states. Video of the symposium is available.

In another significant initiative, NIJ is funding the evaluation of postconviction programs in Virginia and Arizona. The study will analyze the exonerations — through DNA testing of retained forensic evidence — of people who were wrongly convicted of rape, murder and non-negligent manslaughter. The study will consider potential probative predictors of people who may have been wrongfully convicted — such as coerced confession, eyewitness misidentification or ineffective assistance of counsel — by examining cases that primarily occurred before DNA testing was readily available. One of the primary goals of the study will be to answer a critical policy question: What proportion of defendants with retained forensic evidence might be exonerated if that evidence were tested?

The study is designed to identify connections between case characteristics and the likelihood that DNA testing would produce results that could exonerate a convicted defendant. These findings, which are expected in late 2010, could be particularly important if it turns out that there are statistical associations between case attributes and innocence, as this information could then be used by states to prioritize cases for postconviction DNA analysis.

Finally, NIJ is planning to fund an independent review of the exonerations of people who were wrongfully convicted to help our nation better understand how eyewitness testimony, false confessions, poor forensic examinations and investigative practices, and other issues relate to wrongful convictions. Although researchers have collected data on many confirmed cases of wrongful conviction, much of the data is anecdotal. Also, data on pre-DNA-era convictions decrease over time — memories fade, case files are lost, and parties and witnesses die — closing the window on the opportunity to collect crucial information about the characteristics of these cases.

Therefore, NIJ intends to fund an analysis of court records, police reports, newspapers and other published information to determine how people are wrongfully convicted, focusing particularly on cases of DNA exonerations in our country to date. The project is expected to look at data from three stages of cases of wrongful conviction: the investigation, the trial and postconviction.

The Search for the Truth

Justice is the goal of all Americans, and DNA analysis of evidence is a vital tool in our ongoing search for the truth. Wrongful convictions are also a public safety issue because when the innocent are convicted, the guilty remain free to commit other crimes.

Nearly 13 years ago, NIJ published Convicted by Juries, Exonerated by Science: Case Studies in the Use of DNA Evidence to Establish Innocence After Trial.[5] Many of the challenges discussed in that report are as relevant today as they were then, including:

Through its postconviction research projects, NIJ is working to ensure that the standards of evidence collection and preservation and the reliability, accuracy and accessibility of DNA testing enable our nation's criminal justice practitioners to make appropriate use of this rapidly advancing and increasingly available technology.

[note 1] Rules governing DNA testing for federal inmates are contained in the Justice for All Act of 2004.

[note 2] Osborne maintains that if the more definitive DNA testing that is now available were to be performed on semen and pubic hair from the assault, his innocence would be proven. The pending case is District Attorney's Office for the Third Judicial District v. Osborne (a review of the 9th Circuit's ruling in Osborne v. District Attorney's Office for Third Judicial District, 521 F.3d 1118 (9th Cir. 2008)). Alaska is one of six states that does not have a statute specifically prescribing conditions under which prisoners can obtain postconviction DNA testing.

[note 3] In 2007, NIJ issued its first "Postconviction DNA Testing Assistance Program" solicitation, which included program eligibility requirements under the Justice for All Act (JFAA). Section 413 of JFAA requires state applicants to demonstrate that they adhere to stringent guidelines for preserving biological evidence and that measures are in fact taken by all jurisdictions within the state to preserve such evidence. Only three states offered proposals in response to the 2007 solicitation, and none was able to meet this eligibility requirement; therefore, NIJ was unable to make any awards. In 2008, however, the Consolidated Appropriations Act allowed NIJ to ease the section 413 requirements for funds appropriated for fiscal years 2006–2008. States must now certify only that they have a policy or practice in place that is intended to provide for postconviction testing and preservation of biological evidence in the most serious cases.

[note 5]Convicted by Juries, Exonerated by Science: Case Studies in the Use of DNA Evidence to Establish Innocence After Trial (pdf, 117 pages).

Nancy Ritter is the editor of the NIJ Journal. She has 30 years of experience in the criminal and civil justice field, including as an award-winning legal journalist.