NIJ Journal 274: Message from the Editor-in-Chief

Transition is in full swing this fall at NIJ. In September, William J. Sabol, Ph.D., became our Acting Director. In October, we welcomed Howard Spivak, M.D., as our new Deputy Director and Chief of Staff and Seri Irazola, Ph.D., as the new Director of our Office of Research and Evaluation. 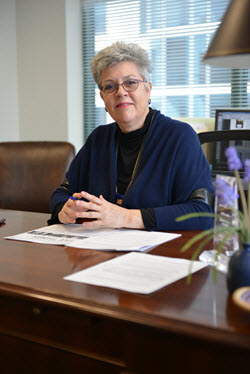 Dr. Sabol is the Acting Director of both NIJ and the Bureau of Justice Statistics (BJS), the two science agencies within the U.S. Department of Justice. NIJ and BJS are sometimes called sister agencies because of their similarities, especially their mission to conduct rigorous scientific studies and to do so independently, free from outside influences. Several articles in this issue of the NIJ Journal illustrate this commitment to independent, rigorous science. See, for example, the article about randomized controlled trials (RCTs) by Melissa Rorie, Bethany Backes and Jaspreet Chahal. RCTs are one of the strongest research methods for determining whether a new approach works better than a traditional approach.

Dr. Spivak is well-known to many readers for his contributions in the field of violence prevention. As the former Director of the Division of Violence Prevention at the Centers for Disease Control and Prevention's National Center for Injury Prevention and Control, he contributed to a number of initiatives with overlapping issues in crime and public health. As Deputy Director at NIJ, he will play a key role in guiding our scientific endeavors. As Chief of Staff, he will oversee the efficient operation of NIJ's daily activities, including budget, human resources and communications.

In a happy coincidence, Dr. Irazola has an article in this issue of the magazine. "Addressing the Impact of Wrongful Convictions on Crime Victims" was written before she joined NIJ, while she was working at ICF International. In the past, Dr. Irazola's interest has been primarily focused on victims, as evidenced by her extensive list of publications. As the new Director of NIJ's Office of Research and Evaluation, she will be expanding her scope as she takes on the task of managing the staff who are building NIJ's social sciences portfolios.

We hope that you find something useful in this issue of the Journal. Tell us what you think or how you are using research in your everyday work. Follow us on Twitter or Facebook. Or use the "Stay Connected" box on the home page of NIJ.gov to choose your preference to keep in touch and learn about evidence-based practices and policies that can improve the administration of justice.