The Future of Terrorism

Two experts debate the evolving nature of terrorism and its effect on law enforcement. 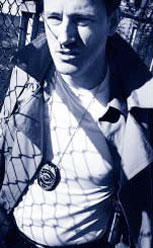 A future terrorist threat could emerge in Minnesota, Mogadishu, or perhaps both simultaneously.

In a recent case, the FBI investigated what had become of a group of young Somali-American men who lived in the Minneapolis area and disappeared. Relatives said they had abruptly left the country to join a suspected terrorist organization in Somalia. If that is true, the men might train with terrorists and then join local operations in Somalia or return to the United States on their American passports.

This case demonstrates how a sharp debate between two terrorism experts has significant implications for state, local and tribal law enforcement agencies in the United States. Bruce Hoffman and Marc Sageman — two of the nation's preeminent terrorism experts — disagree about the nature of the threat. Hoffman, a professor at Georgetown University and a former senior executive of the RAND Corp., says the primary threat lies with al-Qaida slowly reconstituting itself in Pakistan. Sageman, a scholar-in-residence at the New York Police Department and a former case officer with the CIA, contends that the threat has shifted to radicalized individuals forming groups in the United States and Europe.

Although Hoffman and Sageman focus mainly on the threat from al-Qaida and Islamic terrorism, the issues they raise are not limited to these groups. Both men touch on factors common to all terrorist groups, such as recruitment and organization.

The debate between Hoffman and Sageman presents law enforcement agencies with a challenge and an opportunity. The challenge is deciding which analysis of terrorism is correct. At its core, the debate concerns terrorist recruitment and organization. Therefore, agencies will form their community protection strategies based on the more accurate point of view. The difference between radicalization within a community and radicalization directed from abroad creates the difference between investing in counterterrorism programs that stress community outreach and those that stress intelligence sharing.

The opportunity, however, is equally great. Law enforcement agencies have a critical role to play in contributing to the debate because their observations of how terrorists recruit, radicalize, organize and train people are prime drivers of how counterterrorism efforts will unfold in the future.

The Nature of the Threat

Both Hoffman and Sageman are prominent, well-published researchers who often consult with security and law enforcement agencies on terrorism issues. Critics and colleagues alike agree that their books are influential, and, in fact, they are among the most often cited in terrorism studies.[1]

Hoffman says the main threat from terrorism lies with the core of al-Qaida, which he believes is gradually rebuilding itself in Pakistan to attack targets in the United States and Europe. "Al-Qaida is much like a shark, which must keep moving forward, no matter how slow or incrementally, or die ... The group's capacity to survive is also a direct reflection of both its resilience and the continued resonance of its ideology," he said.[2]

Sageman sees the threat of terrorism originating not from a centralized core but from the "bottom up." Although Sageman agrees that al-Qaida's core group in Pakistan remains a danger, he believes it is effectively contained. For Sageman, the future of terrorism is more diffuse, with the primary risk of attack coming from smaller groups of radicalized individuals who find one another in the community (often through the Internet). Sageman believes that al-Qaida's ideology — not its organization — binds these groups. "The threat from al-Qaida and its progeny has evolved over time," Sageman said. "The process of radicalization is still going on but now proceeds in a hostile, post-Sept. 11, wired environment, resulting in a social structure comprised of disconnected groups."[3]

When and Where Does Radicalization Occur?

Radicalization occurs when recruits align their existing worldview with the ideology of a group and commit themselves to using violence to achieve the group's goals. To understand this alignment is to understand what drives a person to commit terrorism.

Hoffman and Sageman agree that understanding radicalization is vital to understanding terrorism. However, they strongly differ on where radicalization takes place. For Hoffman, radicalization occurs in a centralized core of terrorist elites who oversee recruitment and training programs housed in clandestine facilities or in lawless regions of the globe such as the Afghanistan-Pakistan border. Sageman, on the other hand, argues that radicalization is diffuse — or leaderless — and occurs through groups of loosely associated radicals found within American and European communities.

If Hoffman's theory is correct, law enforcement officials would expect to find radicals trained through organized programs, most often overseas. To identify and counter this threat, the best strategy would be to track foreign-born or domestic radicals through intelligence fusion centers or other interagency task forces.

On the other hand, if Sageman's theory is valid — that terror groups form within local communities without the help of organized training programs — law enforcement officials would focus on identifying and countering sources of radicalization within their communities. For example, correctional facilities are one place where radicalization can occur. A 2007 National Institute of Justice study found that prisoner radicalization was indeed happening in prisons, mostly through personal inmate relationships.[4] The study found that radicalization often began with a prisoner's religious conversion and continued with extremist religious teachings, eventually leading individuals to undertake political violence. Similar to what Sageman holds, the NIJ study found the threat arose from small groups of "true believers" who were motivated to commit terrorist acts.[5]

Although Hoffman and Sageman disagree on where radicalization occurs, they believe outreach programs are important in combating radicalization. Community policing builds bridges of trust between community members and police, providing an important link to understanding when potential radicals might be active within a community.

A 2006 NIJ study found that although an increased prevalence of hate crimes against Arab-American communities and heightened levels of alienation within these communities followed the Sept. 11 attacks, outreach programs helped rebuild trust.[6] Community policing served as a bulwark against radicalization. Relationships between community members and authorities helped dampen or remove the grievances that often lead to radicalization, such as perceptions of bias or hate crimes. Such relationships and trust could also yield information on trained radicals arriving in communities.

The study further showed that these communities responded more favorably to outreach efforts from state and local agencies than to those from the federal level. This affirms the critical role of local law enforcement in combating radicalization and terrorism.

How Do Terrorists Organize?

Another significant dispute between Hoffman and Sageman concerns how terrorist groups organize. Hoffman's analysis suggests the most dangerous terrorist groups organize around a center-periphery model. In this model, the leadership and best-trained cells remain in safe havens such as Afghanistan, drawing information, money and practical assistance from support cells working in target countries. When it is time to strike, the attack cells quickly enter, attack and exit the target country with the aid of the already-embedded support cells. Organizational control remains centralized with the leadership cells, which give orders to the other groups.

Sageman, on the other hand, sees the most dangerous terrorist organizations centered in small groups that provide their own support. The groups do not travel overseas for specialized training; rather, they educate themselves using sources such as Web postings. Sageman's groups are more autonomous than the cells that Hoffman describes in that they conduct their preparations and attacks from within the community, keeping their own organizational control.

NIJ's research on organizational learning and the role of the Internet has found merit in both positions, suggesting a complex reality. A 2005 NIJ study examined terror groups' organization, especially how they get, interpret and disseminate information. The study identified evidence supporting both models of terrorist organization, concluding that how these groups adapt to changing conditions will influence which counterterrorism strategies are most effective. If, for example, terrorists responsible for collecting and analyzing information are in the community, law enforcement agencies would have to adopt a more active surveillance and investigation plan than if the terrorists were abroad. Agencies would also have to help identify safe havens that terrorist groups use, such as warehouses, ranches or even houses in suburban areas.[7]

Continuing NIJ studies on extremism on the Internet may also help further clarify this discussion. For example, one study is examining the content of extremist Web sites to identify the location of people who contribute to the sites.[8]

Meanwhile, state and local law enforcement agencies are already bringing this discussion into sharper focus. Many have collected information about specific terrorist groups and shared it with other agencies. This has led to a better understanding about how terrorist groups organize in communities and how best to counter them. In addition, agencies are paying closer attention to online extremism, another important way to understand terrorist organization. Continued information gathering and vigilance from counterterrorism agencies will inform the Sageman-Hoffman debate and will influence how the nation develops counterterrorism measures.

History will decide who won this debate. Now, however, the differing opinions offer a superb example of how complex issues evolve into policy choices. Whether radicalization happens here or abroad is an important question, but for law enforcement agencies, the academic debate translates into how to provide the most effective community outreach in the effort to prevent terrorist attacks.

Law enforcement agencies are not passive bystanders in the discussion — they are key contributors. Their efforts offer valuable insights into how terrorists recruit and organize. This give-and-take between research and practice will yield greater clarity and improved decision-making for counterterrorism efforts.

John T. Picarelli joined the International Center of the National Institute of Justice in 2008.