The National Institute of Justice congratulates Dr. David Weisburd, winner of the 2010 Stockholm Prize, for his groundbreaking work in hot spots policing. 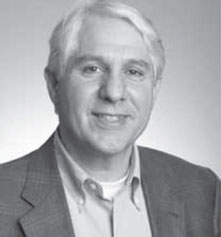 The Stockholm Prize in Criminology is an international prize sponsored by the Swedish Ministry of Justice. It is awarded for "outstanding achievements in criminological research or for the application of research results by practitioners for the reduction of crime and the advancement of human rights."[1]

Weisburd's work in hot spots policing emphasizes the role of place — not people — as the key unit of analysis for crime prediction and prevention. His NIJ-funded research, largely focused on crime in specific places like Jersey City, N.J., and Seattle, shows that crime can drop substantially in small hot spots without rising in other areas.

Weisburd has produced evidence to show that the introduction of a crime-prevention strategy in a small, high-crime area often creates a "diffusion of benefits" to nearby areas, reducing crime (rather than increasing it) in the immediate zone around the target area. His work further suggests that crime patterns depend not just on criminals but also on policing in key places and other factors such as the placement of fences, alleys and other environmental features.

Jim Bueermann, chief of police at the Redlands Police Department in California, said Weisburd has been enormously influential. "David's work has contributed substantially to the body of theoretical work about crime control. He has also helped police departments understand and utilize more evidence-based approaches to controlling crime. As a 31-year veteran of policing, I know the value of practitioner-oriented, crime-control research and how it can dramatically advance the effectiveness of policing strategies. David's work has forever altered the way I view policing. His inspirational efforts have directly led to the addition of a police criminologist in my department and a reframing of our policing model to reflect a science-based approach," he said.

[note 1]The Stockholm Criminology Symposium, "About the Prize."