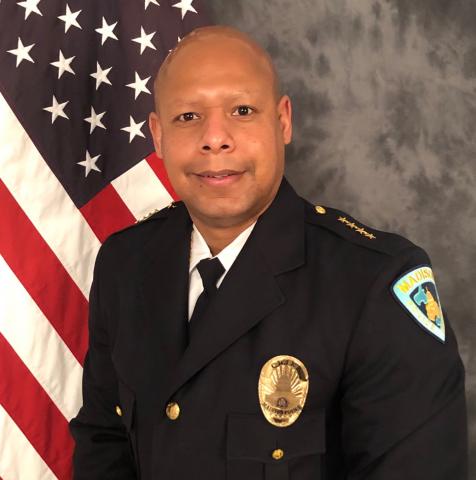 Shon F. Barnes was hired as Madison Police Department's Chief of Police by the Police and Fire Commission of Madison, Wisconsin in December of 2020. He was previously the Director of Training and Professional Development for the Civilian Office of Police Accountability in Chicago, Illinois. Chief Barnes was the Deputy Chief of Police in Salisbury, North Carolina (2017-2020) and a Captain with the Greensboro Police Department (NC) where he began his career as a patrol officer in the fall of 2000. Chief Barnes was selected by the National Institute of Justice, as a 2015 LEADS Scholar, for using innovative technology to reduce crime. Chief Barnes is a council member on the National Police Foundation's Council on Policing Reforms and Race.