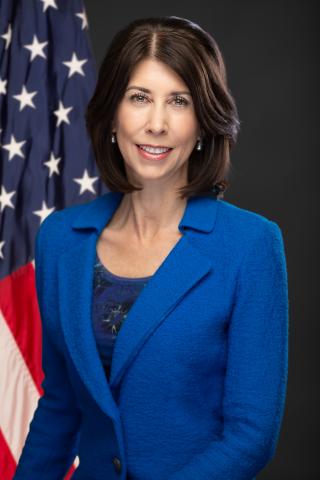 Director, National Institute of Justice
Office of the Director

Dr. La Vigne is a nationally recognized criminal justice policy expert and former nonprofit executive whose expertise ranges from policing and corrections reform to reentry, criminal justice technologies and evidence-based criminal justice practices. Her previous position was senior fellow at the Council on Criminal Justice (CCJ), where she served as executive director of the Council’s Task Force on Policing. Prior to joining CCJ, Dr. La Vigne served as vice president of justice policy at the Urban Institute, a nonprofit social policy research organization based in Washington, D.C. Over the course of a decade, she directed Urban’s Justice Policy Center and from 2014 to 2016, she also served as executive director of the congressionally-mandated bipartisan Charles Colson Task Force on Federal Corrections Reform.

Before being appointed as director of the Justice Policy Center in 2009, Dr. La Vigne served for eight years as a senior research associate at Urban, leading groundbreaking research on prison reentry. Prior to joining Urban, she was the founding director of the Crime Mapping Research Center at NIJ and was special assistant to OJP’s Assistant Attorney General. She previously served as research director for the Texas sentencing commission.

Dr. La Vigne holds a Ph.D. in criminal justice from Rutgers, the State University of New Jersey, a master’s degree in public affairs from the Lyndon B. Johnson School at the University of Texas-Austin and a bachelor’s degree in government and economics from Smith College.