A Close Look at Research on Sexual Assault on U.S. Campuses 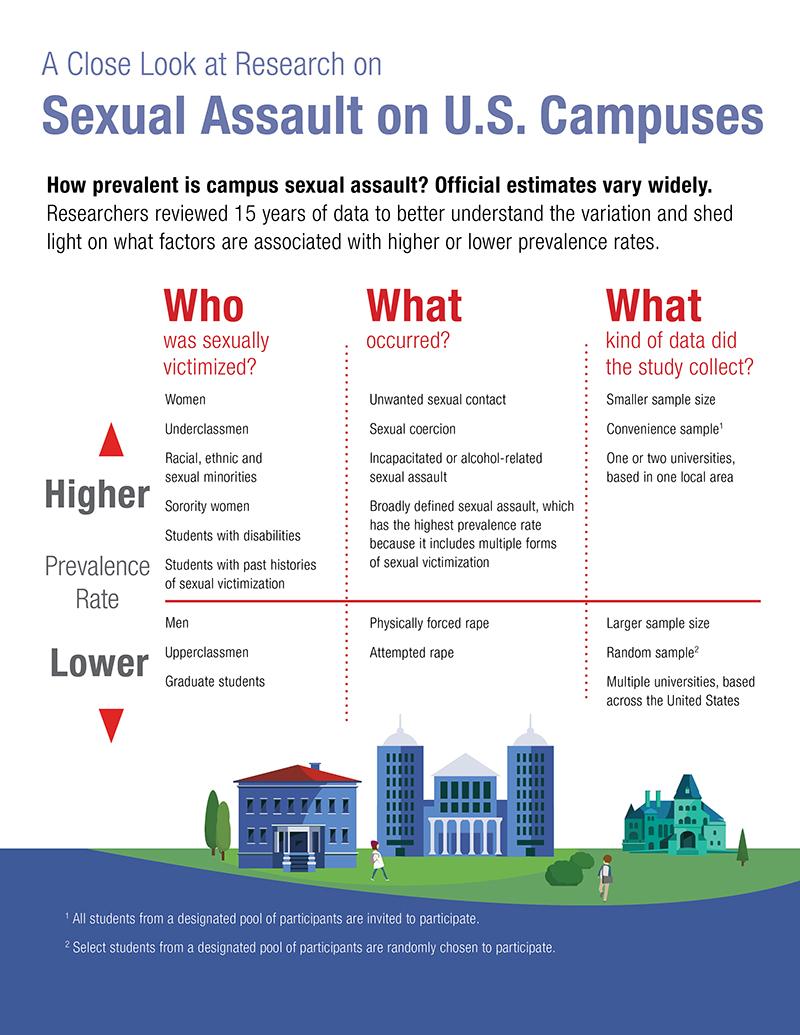 How prevalent is campus sexual assault? Official estimates vary widely. Researchers reviewed 15 years of data to better understand the variation and shed light on what factors are associated with higher or lower prevalence rates.

Who was sexually victimized?

What kind of data did the study collect?

The researchers noted that studies with smaller sample sizes; those that used convenience samples (meaning that all students from a designated pool of participants are invited to participate); and those that collected data from one or two universities, based in one local area, found higher prevalence rates. Studies that had larger sample sizes; used random samples (meaning select students from a designated pool of participants are randomly chosen to participate); or collected data from multiple universities, based across the United States, found lower prevalence rates.