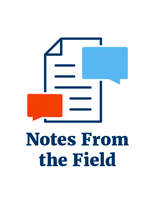 Notes from the Field: How Grantsmanship Can Help a Tribal Police Department

Economical Crime Control: Perspectives from Both Sides of the Ledger

Series
Research for the Real World

The surge in incarceration since 1980 has been fueled in part by the mistaken belief that the population can be divided neatly into "good guys" and "bad guys." In fact, crime rates are not determined by the number of at-large criminals, any more than farm production is determined by the number of farmers. Crime is a choice, a choice that is influenced by available opportunities as much as by character. This perspective, drawn from economic theory, supports a multi-faceted approach to crime control. Dr.