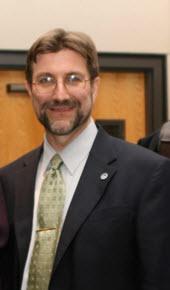 Dr. Rodney D. Green has served as a professor of urban economics at Howard University since 1977 and, since 1995, as founder and executive director of the Howard University Center for Urban Progress, a unit designed to strengthen the University's urban research, program evaluation, community service, and community development agenda at local, federal, and international levels. He also has served as chair of the Howard University Department of Economics, and co-Principal Investigator of the Ford Foundation-supported Howard University Center on Race and Wealth. He has authored three scholarly books (including a study of racial and economic segregation in public housing) and over 50 journal articles including a recent seminal article on police accountability and civilian oversight in Prince George's County, Maryland. He has served as principal investigator in over 70 externally funded projects with a value of over $35 million that emphasize community and economic development, racial inequalities, public safety and police accountability, and youth development. Dr. Green has been the lead evaluator of HOPE VI CSSP programs for the District of Columbia, as well as for HOPE VI CSSP programs in Virginia and Florida, and currently leads the research partnership for the Byrne Criminal Justice Innovation grant held by CASA in Langley Park, MD. He has actively participated in labor, social justice, and anti-racist movements since 1968, including the modern day campaign for police reform and against mass incarceration/criminalization. Dr. Green received his undergraduate degree in politics and economics at Yale University (1970), and after a tour of duty with the U.S. Army, completed his M.A. (1976) and Ph.D. (1980) degrees in economics at the American University.